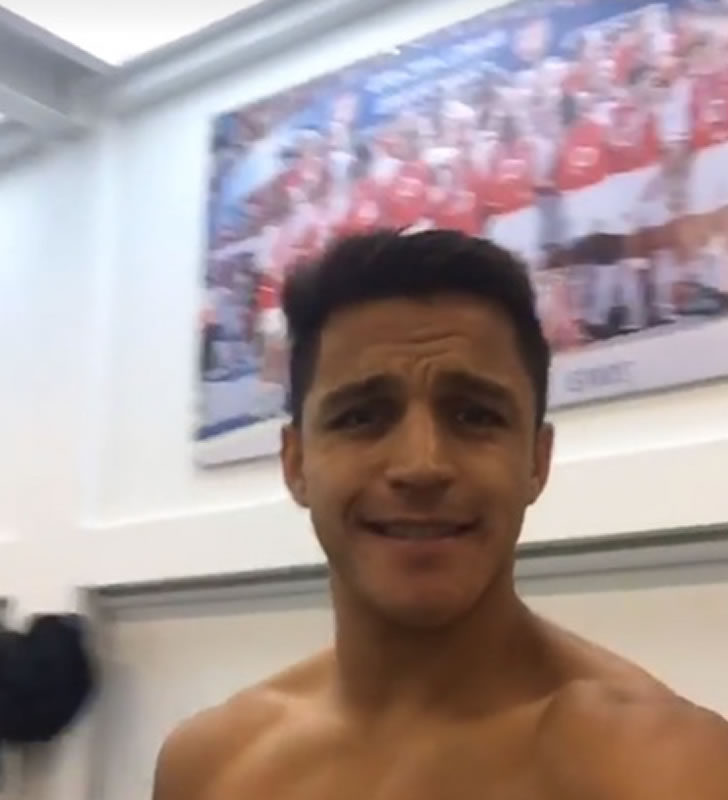 Arsenal fans will be hoping that Alexis Sanchez’s recent posts on social media serve to underline his commitment to the north London club.

The Chile international’s future at Arsenal has been a relentless source of speculation in recent weeks after he entered into the final 18 months of his contract with the north London side.

Both Sanchez and Mesut Ozil are believed to be in talks with Arsenal about the possibility of extending their contracts at the club beyond the summer of 2018.

There is bound to be plenty of talk about the duo’s futures in the coming months as the negotiations and uncertainty continue.

However, Sanchez’s latest posts on social media could be taken as a nod to his current employers. 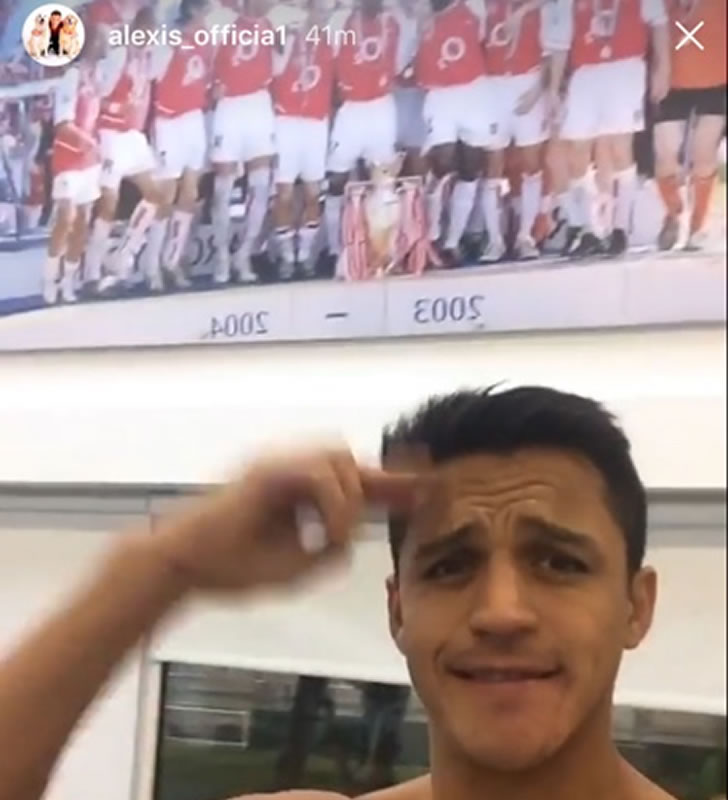 The Chile international was working out in the gym at Arsenal’s London Colney training ground as he stopped to snap a video selfie of himself in front of a picture of Arsenal’s Invincibles – the last Gunners team to win the Premier League title, back in 2004.

Arsenal return to Premier League action on Tuesday night with a trip to Everton.