Ana Ivanovic explains her decision to retire from professional tennis

"I can only play if I can perform up to my own high standards - and I can no longer do that. So, it's time to move on."

Ana Ivanovic is ending her memorable 14-year career and retiring from professional tennis.

Winner of 15 WTA singles titles, a Grand Slam champion and the first Serbian to hold the top ranking in the world, Ivanovic concludes a career that saw her become one of the best and most respected players in the history of the WTA.

“It has been a difficult decision, but there is so much to celebrate. I began dreaming about tennis when I was five and saw Monica Seles playing on TV. My dear parents backed me all the way and by the time I was ranked number one in the world and won Roland Garros in 2008, I’ve seen the heights I’d never dreamt of achieving.

“I won 15 WTA titles, reached 3 Grand Slam finals, the Fed Cup final and played so many memorable matches. But seeing those heights in any professional sport requires top physical form, and it’s well-known that I’ve been hampered by injuries.

“So for myself, for my fans, and for all the young girls and boys who might be watching me, I can only play if I can perform up to my own high standards – and I can no longer do that. So, it’s time to move on.”

The 29-year-old exits the game having been one of only 22 players to have ever held the world number one ranking, ascending to the top spot on June 9 2008.

Ivanovic held the number one ranking for a total of 12 weeks, from June 9 – August 10, 2008 for 9 weeks, losing it for one week to fellow Serbian Jelena Jankovic, before capturing the top spot again for three more weeks until September 7, 2008.

Ivanovic recorded her career best season in 2008 when she claimed the Roland Garros title, with that championship catapulting her to the world number one ranking. She also won titles at Indian Wells and Linz and was runner-up at the Australian Open that same season.

Ivanovic turned professional in 2003 and won her first WTA title in 2005 at Canberra. In addition to her 15 career WTA singles titles, she held eight runner-up trophies including 2007 Roland Garros and 2008 Australian Open. In 2014, Ivanovic won a WTA-leading 58 matches highlighted by a single-season best four singles titles, with her 15th and final WTA title coming at Tokyo (Pan Pacific). The Serbian holds 480 career match wins and qualified for the WTA Finals on three occasions – in 2007, 2008 and 2014. 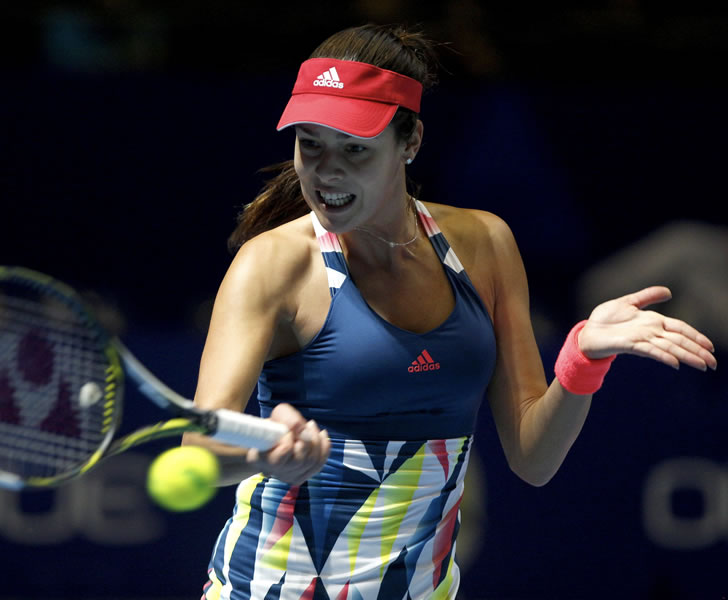 “Tennis has always been my love, but I’m so excited about what comes next,” Ivanovic continued. “I will become an ambassador for sport and healthy life, I will also explore opportunities in business, beauty and fashion, among other endeavours. I will also have more time for my philanthropic activities, including my work with Unicef.”

Off the court, Ivanovic has served as Unicef National Ambassador to Serbia since 2007, specialising in child safety in schools. She has been recognised with numerous awards surrounding her accomplished career, including the 2008 Jerry Diamond WTA Aces Award recognising off court participation, the WTA’s Most Improved Player in 2005 and 2007, nominated for U.S. Secretary of State’s 2007 International Women of Courage Award, and named one of the “30 Legends of Women’s Tennis: Past, Present and Future” by TIME Magazine in June 2011.

Steve Simon, WTA CEO and Chairman remarked, “Ana is a true champion and a great ambassador for the sport of women’s tennis. She has contributed greatly to the entire sport, both in her home country of Serbia and across the globe. She will certainly be missed on our tour as she is not only one of a very select few that achieved the world number one ranking but is also one of the most respected players on Tour.”

Ivanovic played her last professional match at the 2016 US Open, falling in the first round, and was subsequently hampered with a recurring wrist injury which prevented her from competing the rest of the season.

Roger Federer: Mr Glass Half Full reflects on 2016 but relishes what lies ahead

Murray and Djokovic vie for No1, Federer and Nadal return, #NextGen rise as Australian Open beckons