Will the likes of Roger Federer and Serena Williams, Novak Djokovic and Maria Sharapova be willing to adjust their off-seasons to support this scheme? 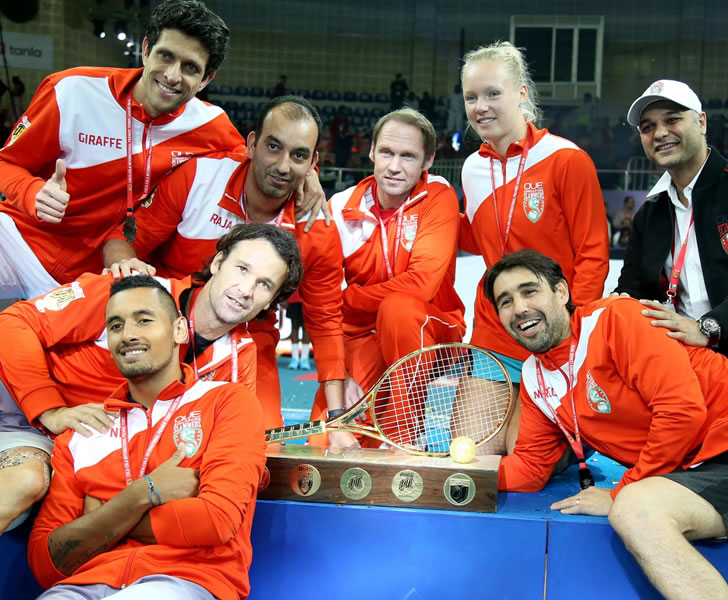 There is no doubting that the third year of the International Professional Tennis League (IPTL) has posed serious challenges for founder and promoter Mahesh Bhupathi.

Rumours of financial difficulties, exacerbated by economic uncertainties that affected ticket sales, were confirmed with the announcement of a reduced schedule of four teams in just three countries three countries—Japan, Singapore and India.

Then the promise that superstars Serena Williams and Roger Federer would be among the players taking part came to nought: The tournament simply could not guarantee the income to afford them.

Indeed, by the time the tour launched at the Saitama Super Arena in Japan, only three top-20 players remained in the line-up: Kei Nishikori, Nick Kyrgios and Tomas Berdych.

But while the likes of Nishikori certainly drew the fans in homeland Japan, where he can barely leave his front door without drawing crowds, the success of this year’s tour was as much down to the players who are not always in the tennis spotlight.

Kiki Bertens, ranked No22 and playing in IPTL for the first time, was the only woman left in the Singapore Slammers after Williams’ withdrawal, but she went from strength to strength through the 10 days of tennis, beating the likes of Jelena Jankovic and Ana Ivanovic, and eventually winning both her singles and doubles matches in the final. No wonder team-mate Carlos Moya dubbed her thus:

“Kiki has been the queen of the team.”

Also a big attraction, especially as the tournament arrived at its final stop in Hyderabad, was No1 doubles player, Sania Mirza, who was actually born in that Indian city.

And as always, a clutch of charismatic past champions lit up many of the ties, the likes of Marat Safin, Goran Ivanisevic, and Mark Philippoussis joined the ever-popular Martina Hingis, a Grand Slam champion many times over, and now one of tennis’s elite doubles players.

Among those former champions, one of the most successful in this year’s IPTL was the former French Open champion Carlos Moya. He finished in the final in the Gachibowli Indoor Stadium just as he had started, with a win—his seventh of the tournament. And that win would also be the first in a whitewash for the Singapore Slammers over the Indian Aces: 5-0 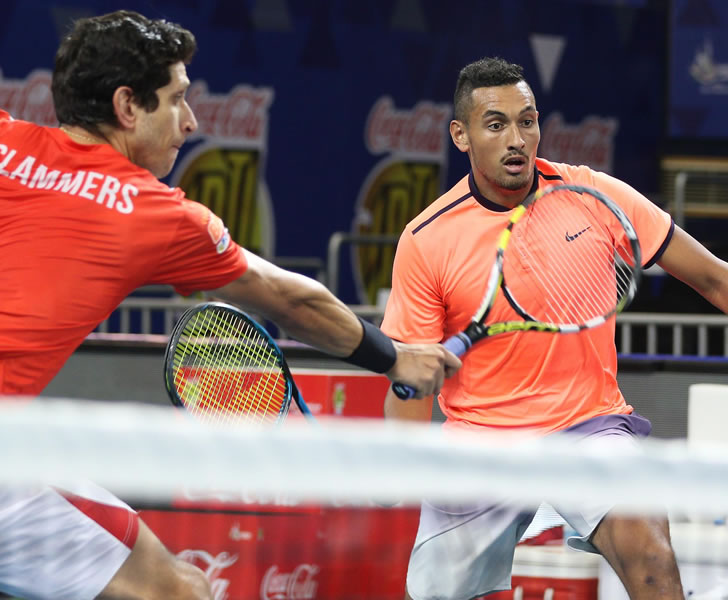 Bertens played her part in singles, then joined Marcelo Melo in another win, followed by Kyrgios and Melo over Feliciano Lopez and Ivan Dodig. The curtain came down on the tournament with a win from Marcos Baghdatis over Lopez.

Clearly those taking part always enjoy the camaraderie of the event, and for those in the midst of preparation for the new season which kicks off in Doha, Chennai, Australian and New Zealand in a matter of weeks, the short, fast format used in IPTL can provide some useful competitive tennis without too much of a physical hangover.

Two of the players on the winning sides with aspirations in 2017 summed it up.

First Kyrgios: “It was a lot of fun. I always look forward to the ITPL and the new faces on the team have been key. You make new friends, you have this team spirit, and we have had such a good chemistry… the win shows it.

“I love team sports. I love watching and also playing. Everyone supported me this week and that makes it more fun, more enjoyable.

And Bertens: “Has been a really nice experience. It didn’t feel at all that I was the only girl in the team. They have been very supportive.

“Yesterday was my birthday and I had a great day with the guys. We could celebrate, have a nice dinner and they sang happy birthday probably 15 times during the day. The win is a birthday present for sure. We all came out with great energy today.”

Of course, there is also the bonus of some extra financial compensation—even if it is not at the level enjoyed by the biggest names in tennis.

But the question remains. Popular as the many of this year’s players are, will they be enough of a draw for the sponsors and the ticket-buying public next year in such belt-tightening times? Or will the likes of Federer and Williams, Novak Djokovic and Maria Sharapova, Andy Murray and Agnieszka Radwanska be willing to adjust their off-seasons to support this scheme?

Only time can answer that: watch this space come December 2017.

Australian Open 2017: It’s all systems go as No1s Murray and Kerber headline preps for Down Under