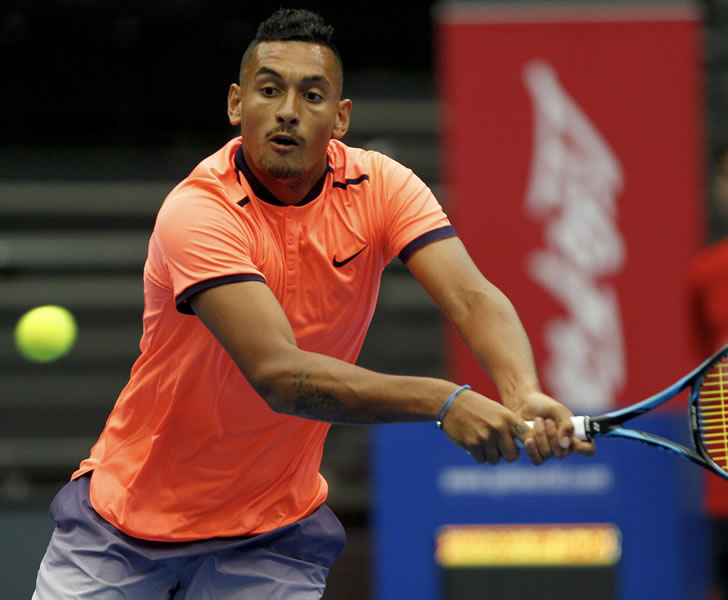 The 21-year-old, one of the members of the so-called Next Generation of men’s tennis is enjoying himself at the Coca-Cola International Premier Tennis League.

The team environment, the possibility of making new friends and also the chance to play in front of his family makes this event very special for the Canberra native.

“It’s one of my favourite times of the year”, said Kyrgios. “I made a lot of friends at this event and you always play with different people. Being in a team environment makes the difference. For me it’s just more natural, I enjoy it more.”

Kyrgios, who has always been very vocal about his love of basketball and its team spirit philosophy, cannot hide that the format of the event suits him perfectly.

“Even at the start of the year I am already thinking about the IPTL. I just love the format, I always look forward to this event, as I said, because of its team environment. It’s a great balance of fun training and also playing.”

The results of his previous season prove his commitment to the team, the OUE Singapore Slammers, reigning champions and one of the four original IPTL teams. The story behind Kyrgios’ love affair with Japan has multiple facets and even dates back to his junior days.

“I love playing in Japan. My sister lives here, I won a tournament when I was a junior in Osaka and also won the biggest title of my career so far in Tokyo a couple of months ago. I love the people here, the food and I really enjoy my time when I am here”, explained Kyrgios, who won an ATP World Tour 500 event in Tokyo in October after beating David Goffin in the final.