Photo: Arsenal signing all smiles with Ozil and Sanchez at Christmas party 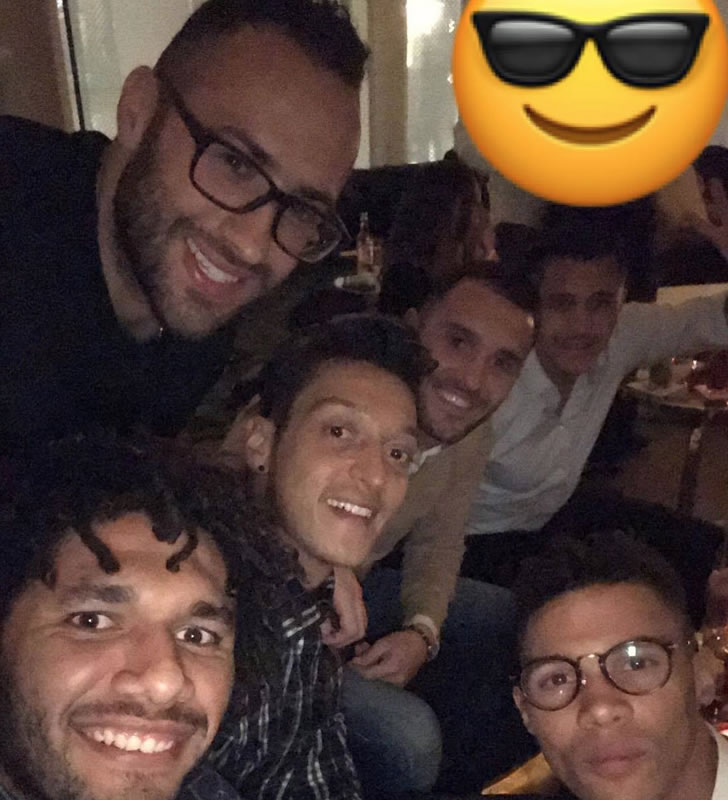 Lucas Perez looked to be in good spirits as he posed for a picture with Mesut Ozil and Alexis Sanchez at Arsenal’s Christmas party on Wednesday night.

The Arsenal squad got together for an evening of celebrations despite the disappointment of their 2-1 loss to Everton in the Premier League on Tuesday night.

Their loss at Goodison Park was their first defeat in the top flight since their opening weekend disappointment at the hands of Liverpool back in August.

Sanchez and Ozil were joined by Mohamed Elneny, Kieran Gibbs and David Ospina as Arsene Wenger’s squad enjoyed some downtime away from football.

And the Gunners squad looked to be in high spirits as they now turn their attentions towards their crunch Premier League clash with Manchester City at The Etihad on Sunday afternoon.

Elneny shared the photo above on his personal Instagram account and wrote the caption: “Evening last night 😀”

Arsenal are currently six points behind leaders Chelsea in the Premier League table heading into the final round of fixtures before Christmas.

Photo: Michael Carrick reveals what he loved about Man United’s 2-1 win at Palace

Photo: Thibaut Courtois reacts to incredible save in Chelsea’s 1-0 win at Middlesbrough