Photo: Arsenal signing all smiles with stunning fiancee in Christmas selfie on Instagram 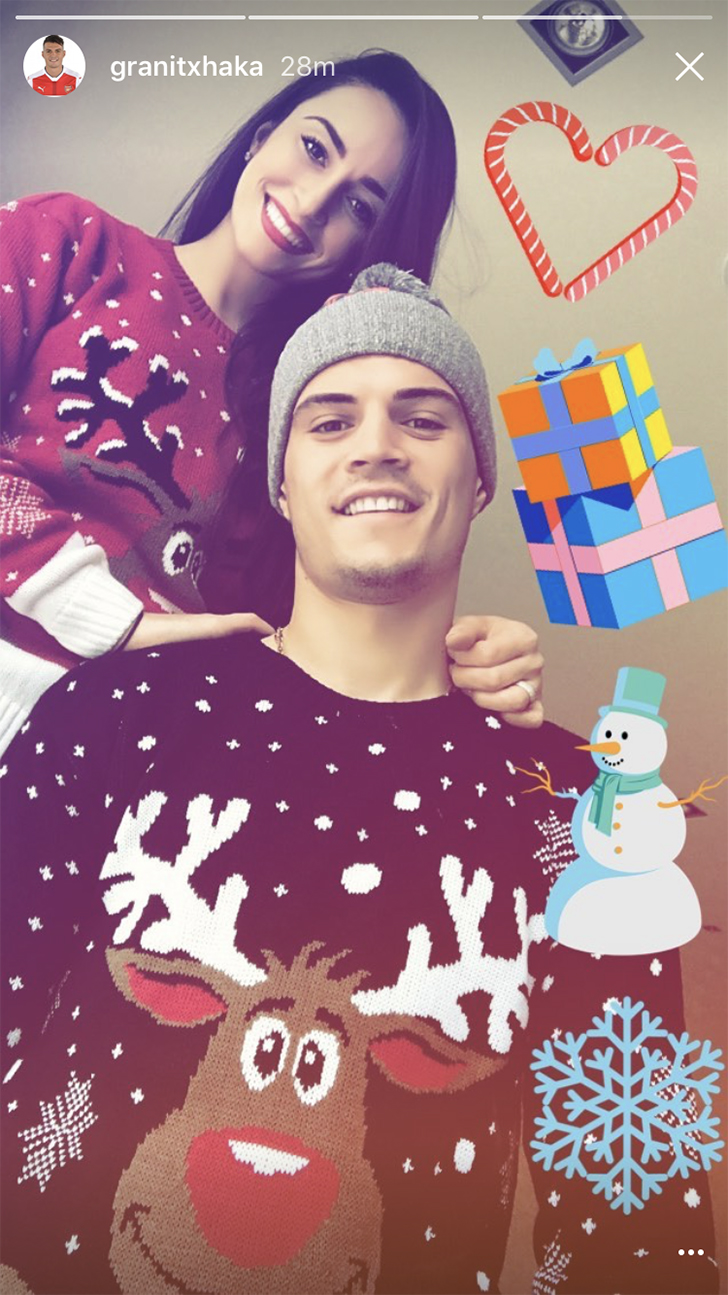 Granit Xhaka and his fiancee were embracing the Christmas spirit as the Arsenal midfielder relaxed ahead of their Boxing Day clash against West Bromwich Albion at the Emirates Stadium.

The Switzerland international is celebrating his first Christmas as a Premier League player after Arsene Wenger signed the defensive midfielder in a £33m deal from Bundesliga outfit Borussia Monchengladbach.

Xhaka has enjoyed a solid start to life as an Arsenal player after establishing himself as a regular in Wenger’s first-team over the past couple of weeks.

The 23-year-old will be hoping to retain his starting spot for the visit of the Baggies on Boxing Day despite Arsenal losing their last two Premier League games against Everton and Manchester City.

Xhaka and his beautiful fiancee Leonita Lekaj posted the above photo on his Instagram story and posted the below snap on the photo-sharing app as the pair prepared to celebrate Christmas Day.

The Swiss star was one of five summer signings at Arsenal in the summer transfer window after the Gunners finished in second place last term.