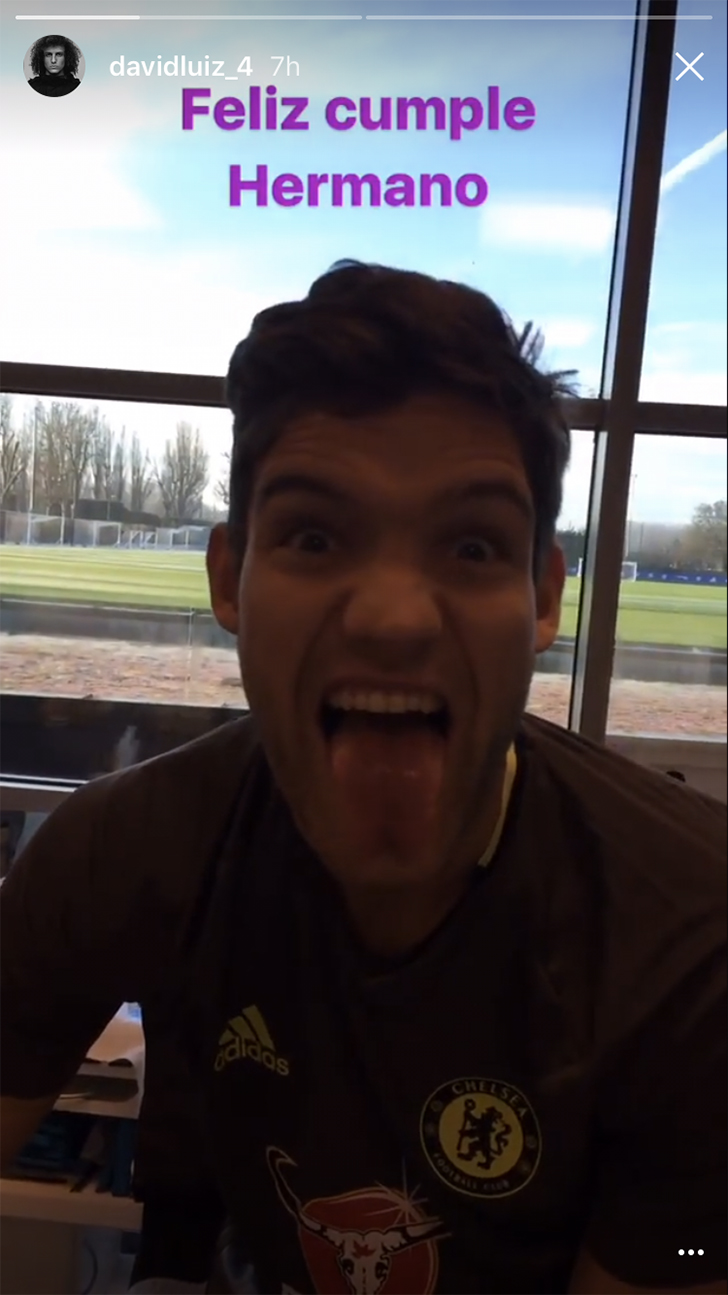 David Luiz dedicated a cheeky Instagram post to Marcos Alonso on Wednesday as the Chelsea defender celebrated his 26th birthday.

The 26-year-old full-back has enjoyed a productive start to life as a Chelsea player despite initial surprise surrounding the west London side’s decision to recruit the Spanish defender in a £19m deal from Serie A outfit Fiorentina.

Alonso made a slow start to his Chelsea career and the former Sunderland defender didn’t make his first Premier League start for the west London side until a 2-0 win against Hull City at the KCOM Stadium in early October.

The Spanish defender has since played a key part in Chelsea’s 12-game winning run that has seen Conte’s side keep a remarkable nine clean sheets and beat title rivals such as Manchester City, Manchester United and Tottenham Hotspur.

And Luiz, who also moved to Chelsea in a £32m deal from Ligue 1 giants Paris Saint-Germain in the summer transfer window, posted the above photo of Alonso as he wished the defender a happy birthday on his Instagram story.

Chelsea are six points clear of second-placed Liverpool after 18 games.

Pundit: Liverpool need to make this signing or miss out on the title

Pundit issues frank warning to Chelsea in the title race