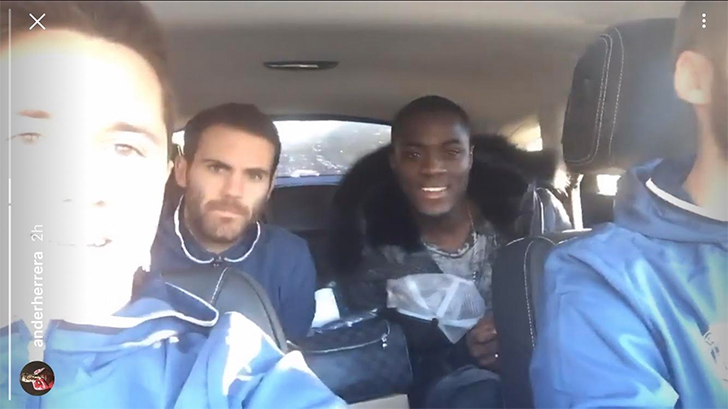 Eric Bailly appeared to be in high spirits with his team-mates Ander Herrera, Juan Mata and David De Gea as the Manchester United stars drove to a mystery destination together.

The Ivory Coast international has endured an injury-hit start to his Manchester United career after the centre-half suffered a serious knee injury during the Red Devils’ 4-0 loss to Chelsea at Stamford Bridge.

Bailly returned to the Manchester United side earlier this month before he suffered a fresh injury problem during the first half of their 2-1 victory over Crystal Palace at Selhurst Park last week.

The African defender made a swift return to first-team training last week ahead of the visit of Premier League strugglers Sunderland at Old Trafford on Saturday afternoon.

And Bailly was all smiles as Herrera posted the above selfie on his Instagram story earlier this week.

The Ivorian defender moved to Manchester United in a £30m deal from La Liga outfit Villarreal in the summer transfer window.