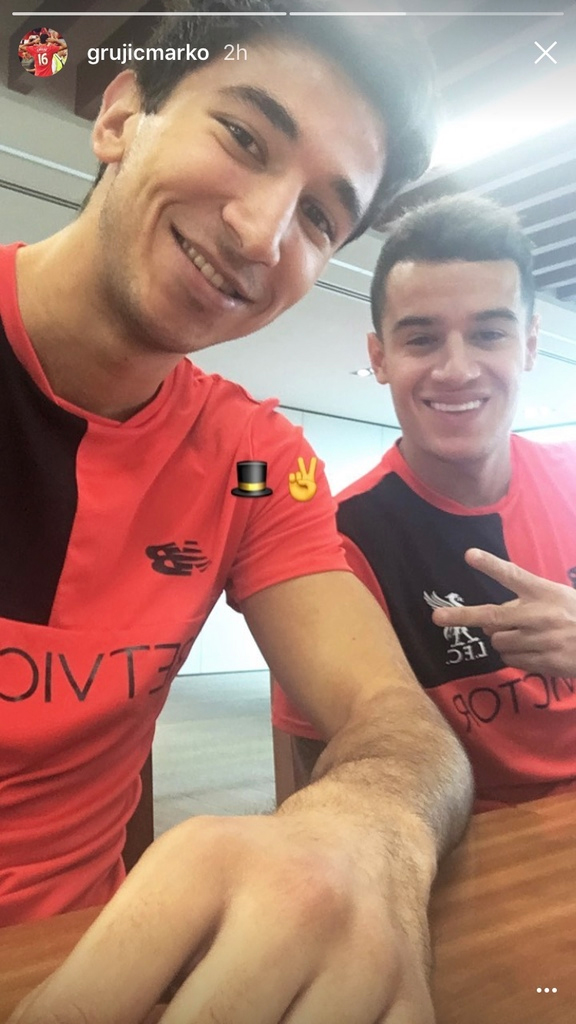 Philippe Coutinho appeared to hand Liverpool a fitness boost ahead of Monday night’s Merseyside derby after he posed for a selfie with summer signing Marko Grujic in the club’s Melwood training ground.

The Brazil international is still sidelined with an ankle injury that the midfielder suffered in a 2-0 loss to Sunderland at Anfield in November following a collision with midfielder Ibrahim Ndong.

However, Coutinho looks to be on the mend after summer signing Grujic snapped a selfie with the South American at what appeared to be Melwood training ground ahead of Liverpool’s short trip to Everton on Monday night.

Grujic posted the above selfie on his Instagram story to give Liverpool supporters some hope that Coutinho could be back in Jurgen Klopp’s starting line-up in the near future.