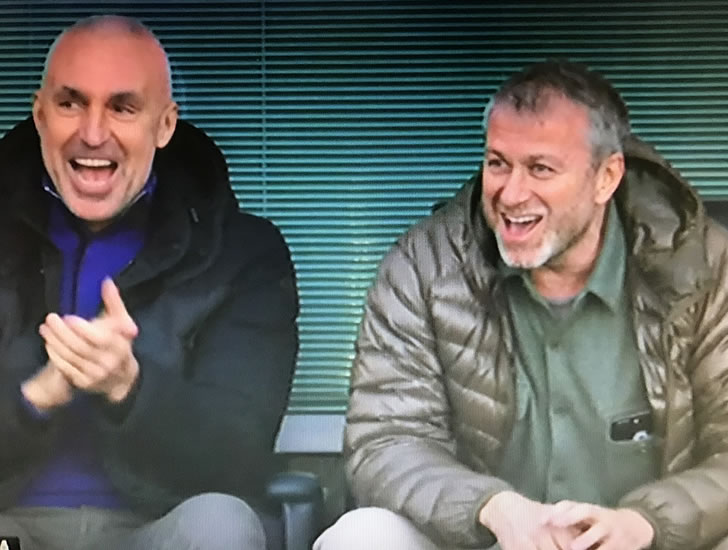 Roman Abramovich was in the stands on Sunday Photo: BT Sport

Roman Abramovich looked to be happy with what he was seeing as he cheered Chelsea on to a 1-0 win over West Bromwich Albion on Sunday afternoon at Stamford Bridge.

After a goalless first half, Diego Costa gave the home side the lead in the 76th minute with his 12th Premier League goal of the season.

It ended up being the only goal of the game as Antonio Conte’s men notched up their ninth straight win in the Premier League to move back to the top of the table.

Chelsea owner Abramovich was in the stands at Stamford Bridge and clearly approves of what he has seen from the Blues in recent weeks.

Conte’s men have been in superb form and Abramovich was all smiles after Costa gave Chelsea the lead in front of the club’s home fans.

The west London side’s stunning recent form has inevitably led them to be installed as one of the favourites in the race for the Premier League title this season.

Chelsea, whose stunning form is in stark contrast to their dismal displays last season, return to Premier League action with a trip to Sunderland on Wednesday night as the look to make it 10 wins on the trot.

The Blues finished 10th and without a trophy last season in a campaign to forget for the west London side.