Are Europe's best players keeping Manchester United at bay in the transfer market? 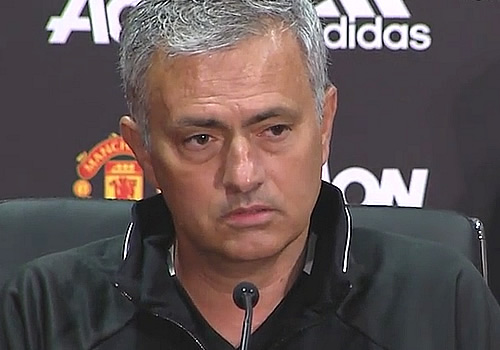 It doesn’t seem to matter how good a run Manchester United are on at the minute, they never seem to be able to make up any lost ground on the Premier League pace-setters and get back in contention for the title.

But are they enjoying better luck in the transfer market, or are all the top stars keeping them at arm’s length too?

Back in the summer they had no trouble persuading the likes of Paul Pogba and top goal-scorer Zlatan Ibrahimovic to come to Old Trafford as part of a £150m squad rebuilding phase, and despite enjoying a below-par campaign, it seems that there is still top-quality talent queuing up ready to join the Red Devils.

Indeed, if the latest footy news over at SBAT is anything to go by, Monaco midfielder Bernardo Silva is reportedly close to agreeing to a deal, believed to be worth around £70million. Not bad for a 22-year-old!

Having offloaded Morgan Schneiderlin for £21m to Everton and Memphis Depay, who’s expected to join Lyon for a similar amount in the coming days, money isn’t a major concern for Manchester United at the moment – and that’s not even taking into account the fact that the club has just been placed top of the Deloitte’s Football Money League with revenue for 2015/16 of £689 million.

Manchester United would effectively only have to find £28m to land the services of a player who has also been linked with local rivals Manchester City, Spanish giants Real Madrid and big-spending Paris St Germain. The former Benfica youngster has been key to Monaco’s rise to the top of Ligue 1, contributing seven goals and six assists, and has played in all but one of their games.

The Antoine Griezmann to Manchester United rumours refuse to go away, although it is expected that the club would have to break the world transfer fee record for the second year in a row to capture the Atletico Madrid sensation ahead of rival bidders.

Manchester United set a new record last summer when they paid out £89.3 million for Pogba. Atletico manager Diego Simeone says Griezmann is free to leave the club for the right fee. “It is normal that the best teams in the world want him. I am not surprised that the teams who are looking are the ones who can afford him,” he told reporters.

The Frenchman’s seven goals and four assists in La Liga have helped Los Rojiblancos to fourth in the table, six off league-leaders Real Madrid. But it was his exploits at Euro 2016, where he won the Golden Boot, that first made him such an in-demand player. Just imagine Griezmann alongside Ibrahimovic!

At the back, Manchester United, and indeed Liverpool, have been looking at Bury ‘s young defender Jacob Bedeau, a 17-year-old who is likely to command a seven-figure sum. Aston Villa, however, are said to be favourites to tempt him away from Gigg Lane.

Africa Cup of Nations could signal trouble for Kayserispor