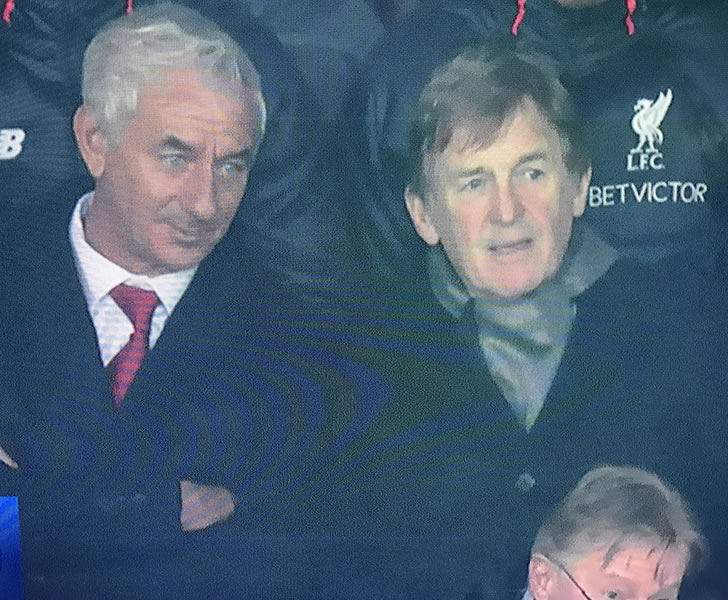 Ian Rush and Kenny Dalglish were in the stands on Sunday Photo: Sky Sports

Ian Rush and Kenny Dalglish were both in the stands at Old Trafford as Liverpool played out a 1-1 draw with Manchester United on Sunday afternoon.

Liverpool took the lead in the 27th minute when James Milner confidently dispatched his penalty after Paul Pogba was adjudged to have handled the ball from a corner.

Simon Mignolet made a number of key saves in both halves but Manchester United eventually equalised in the 84th minute when Zlatan Ibrahimovic powerfully headed home from close range.

Liverpool legends Rush and Dalglish were both in the stands, as can be seen in the photo above, and will have been extremely disappointed to see their former club concede a late goal at Old Trafford.

The result left Liverpool in third place in the Premier League table and seven points behind leaders Chelsea.

Manchester United, meanwhile, remain in sixth place and 12 points behind the leaders.

Liverpool are looking to build on the disappointment of their eighth placed finish in the top flight last term.