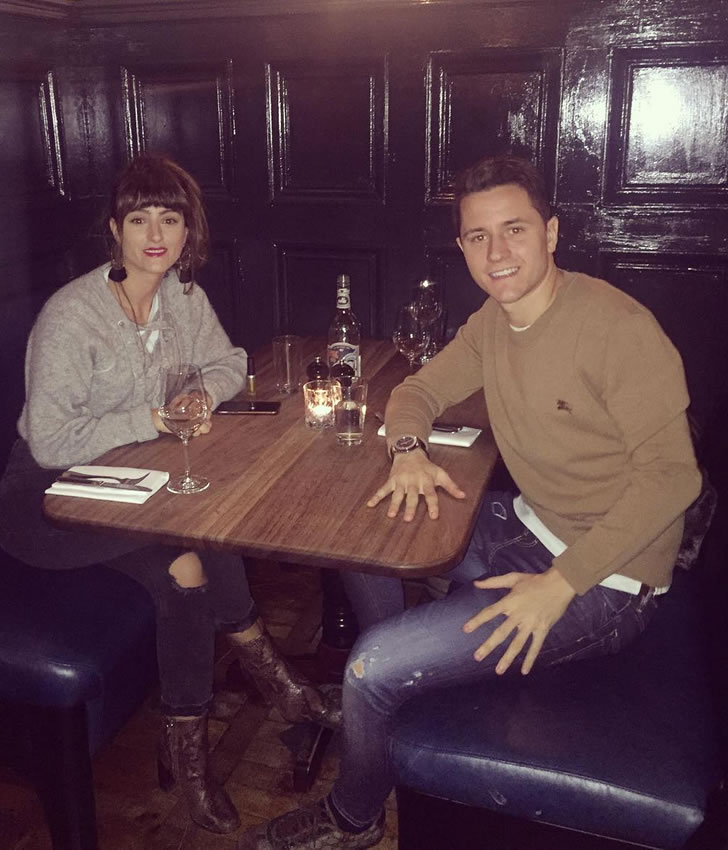 Ander Herrera looked to be in good spirits as he enjoyed some downtime with his sister Adriana in the wake of Manchester United’s 1-1 draw with Liverpool on Sunday.

The Manchester United midfielder helped Jose Mourinho’s men come from a goal down to earn a point against the Reds at Old Trafford on Sunday afternoon.

Zlatan Ibrahimovic was on hand to score the equaliser late on after James Milner’s penalty had given the visitors the lead in the first half.

Mourinho gave his squad the day off on Monday as the Red Devils recharged their batteries following the clash with their bitter local rivals.

And Herrera looked to be in good spirits as he relaxed with his sister in Deansgate on Monday evening.

Herrera posted the picture above on his personal Instagram account and wrote the caption: “Nice dinner to fight the blue Monday 🍽 #Manchester #bluemonday”

Manchester United travel to Stoke City in their next Premier League game on Saturday afternoon.