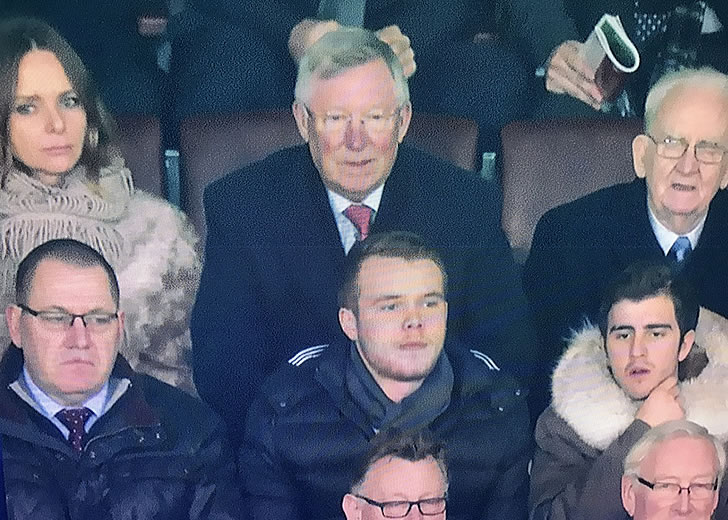 Sir Alex Ferguson was in the Directors' Box on Sunday Photo: Sky Sports

Sir Alex Ferguson looked to be a happy man after watching Manchester United come from a goal down to earn a 1-1 draw with Liverpool at Old Trafford on Sunday afternoon.

The Red Devils fell behind after a slow start to the game when James Milner scored a penalty in the 27th minute after Paul Pogba was adjudged to have handled from a corner.

Both sides hand chances to score the next goal but it was Manchester United who made the breakthrough late on.

Zlatan Ibrahimovic was on hand to head home from close range in the 84th minute to earn Jose Mourinho’s men a point and dent Liverpool’s title charge.

And former Manchester United boss Ferguson certainly looked to approve as he watched the game from the Directors’ Box at Old Trafford.

The result left Liverpool in third place in the Premier League table, while Manchester United are sixth and 12 points behind leaders Chelsea.