Photo: Alexis Sanchez all smiles at dinner with Arsenal squad but no Mesut Ozil 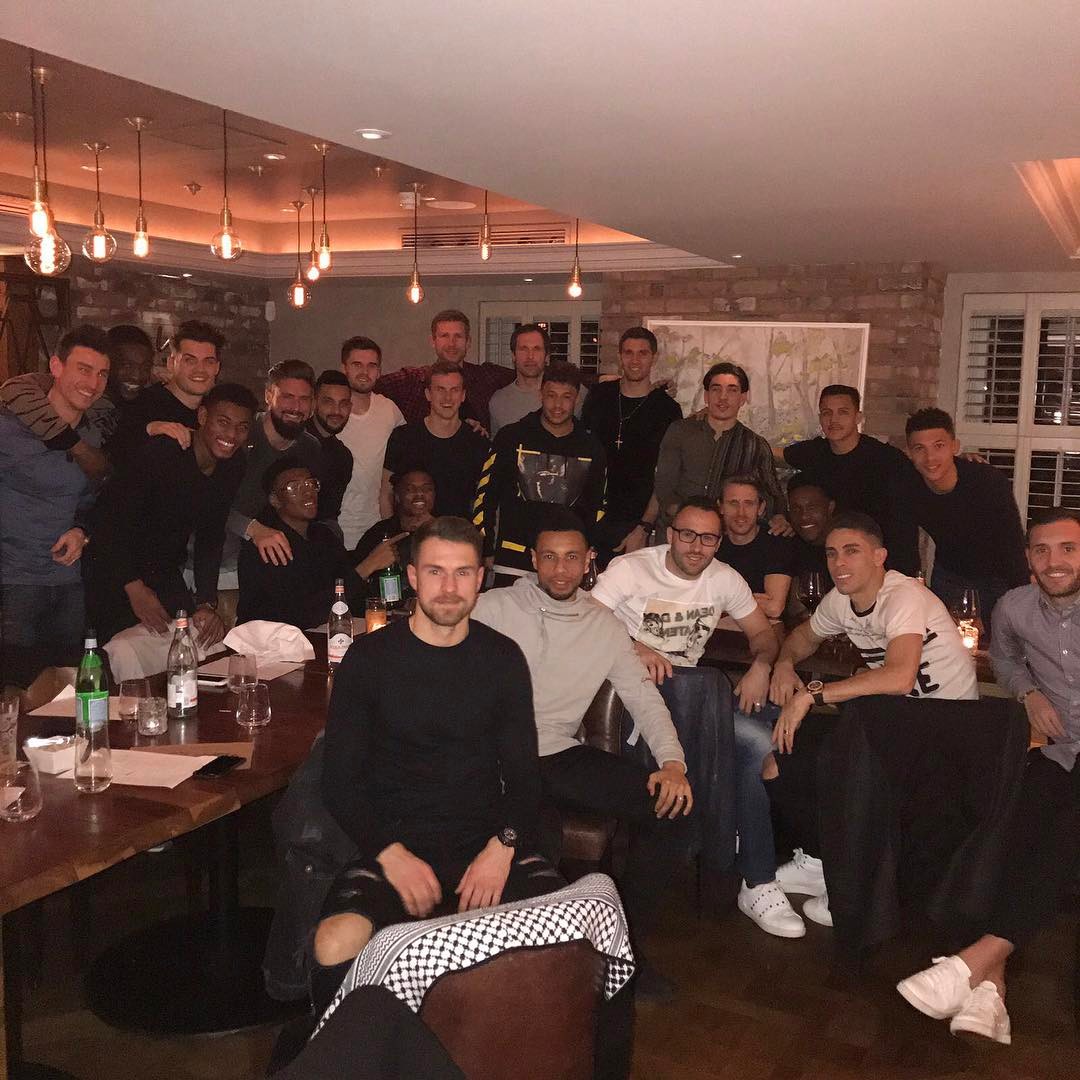 Alexis Sanchez joined his Arsenal team-mates for a squad dinner on Tuesday night but Mesut Ozil was a noticeable absentee.

The Chile international scored Arsenal’s winner in a 2-1 victory over promoted side Burnley at the Emirates Stadium on Sunday afternoon.

Sanchez managed to control his nerves to dispatch an added-time spot-kick to seal three points and hoist Arsenal above top-four rivals Liverpool and Tottenham Hotspur.

The 28-year-old has scored 15 times in 22 games in the 2016-17 Premier League season but has been facing an uncertain future amid ongoing talks with Arsenal about a new deal.

Ozil has also been holding contract negotiations with the north London side, although the World Cup winner has failed to agree a new deal like Sanchez.

While Sanchez was in attendance at the team’s dinner on Tuesday night, many Arsenal fans spotted Ozil’s absence when Petr Cech posted the above photo on his Instagram page and wrote the following caption:

Thierry Henry replies when asked if Arsenal can catch Chelsea

Photo: Diego Costa all smiles at dinner with Antonio Conte and Chelsea squad but one player missing