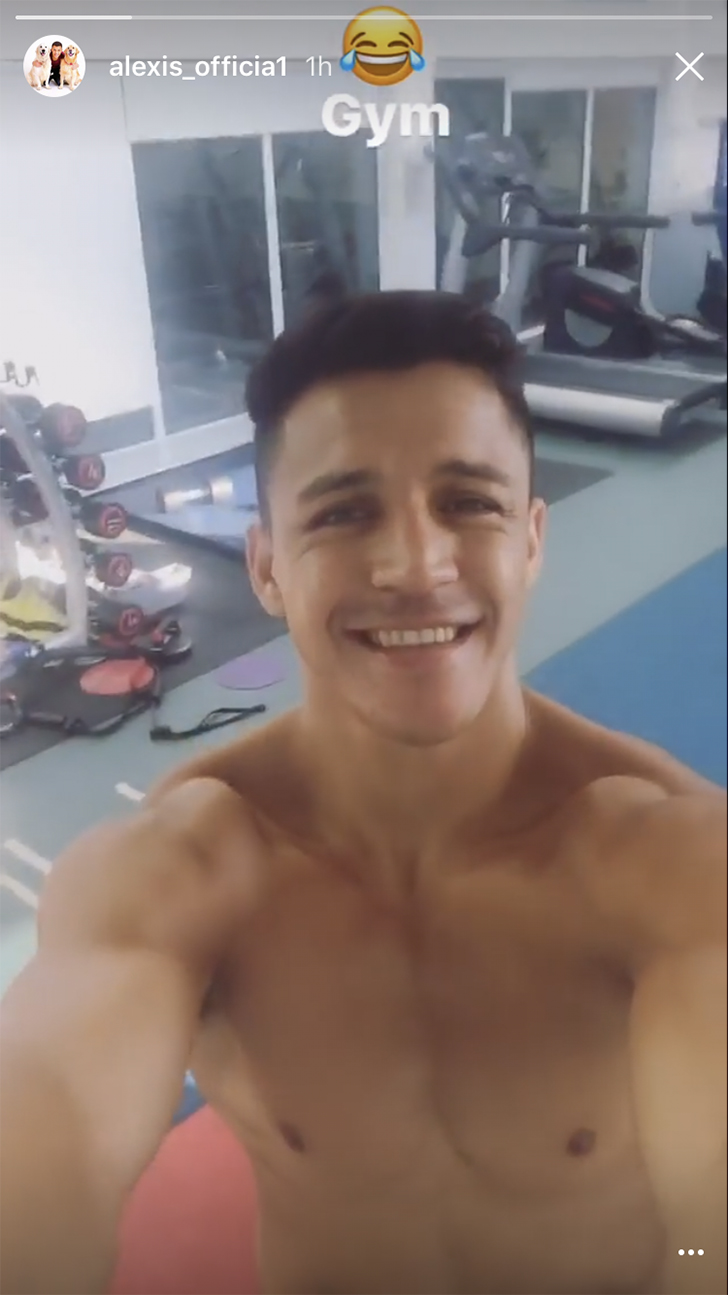 Alexis Sanchez appeared to be in high spirits despite continued uncertainty surrounding his Arsenal career after he posted an upbeat gym selfie on Tuesday.

The Chile international scored an added-time winner from the penalty spot to rescue a 2-1 win against promoted side Burnley at the Emirates Stadium on Sunday afternoon.

Sanchez has now scored 15 times and has made an impressive seven assists in 22 appearances in the 2016-17 Premier League season.

The 28-year-old has become embroiled in protracted contract talks with Arsenal in recent months over a new deal as Sanchez looks to secure an improvement on his current £140,000-a-week package.

Sanchez didn’t disguise his disgust after Arsene Wenger substituted the Chile forward with 12 minutes to go in Arsenal’s 4-0 win at Swansea City earlier this month.

However, the Arsenal star appeared in high spirits on his Instagram story as he rocked out to some gym music ahead of the Gunners’s FA Cup fourth-round clash against Southampton at St Mary’s on Saturday afternoon.