Photo: Arsenal midfielder gets to grips with British weather with stunning fiancee 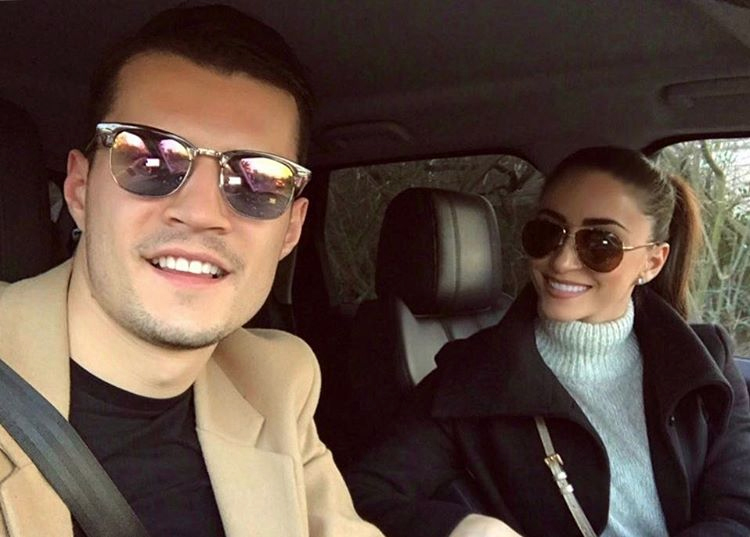 Granit Xhaka made the most of some warm British weather on Tuesday afternoon as the Arsenal midfielder enjoyed an excursion with his stunning fiancee.

The Switzerland international moved to the north London club in a £33m deal from Bundesliga outfit Borussia Monchengladbach in the summer transfer window.

Xhaka has established as a first-team regular under Arsenal manager Arsene Wenger, although the defensive midfielder has struggled with inconsistency.

The Arsenal star has scored one goal and has made one assist in 18 appearances in the Premier League so far this season.

The Gunners will return to Premier League action on Saturday afternoon when Arsenal host Burnley at the Emirates Stadium.

However, Xhaka was making the most of some downtime with his fiancee Leonita on Tuesday afternoon as he posted the above photo on his Instagram page and wrote the following caption:

Arsenal are in fourth place in the Premier League table and eight points behind leaders Chelsea after their 4-0 win at Swansea City last weekend.

Pundit: What I admire about Liverpool under Jurgen Klopp