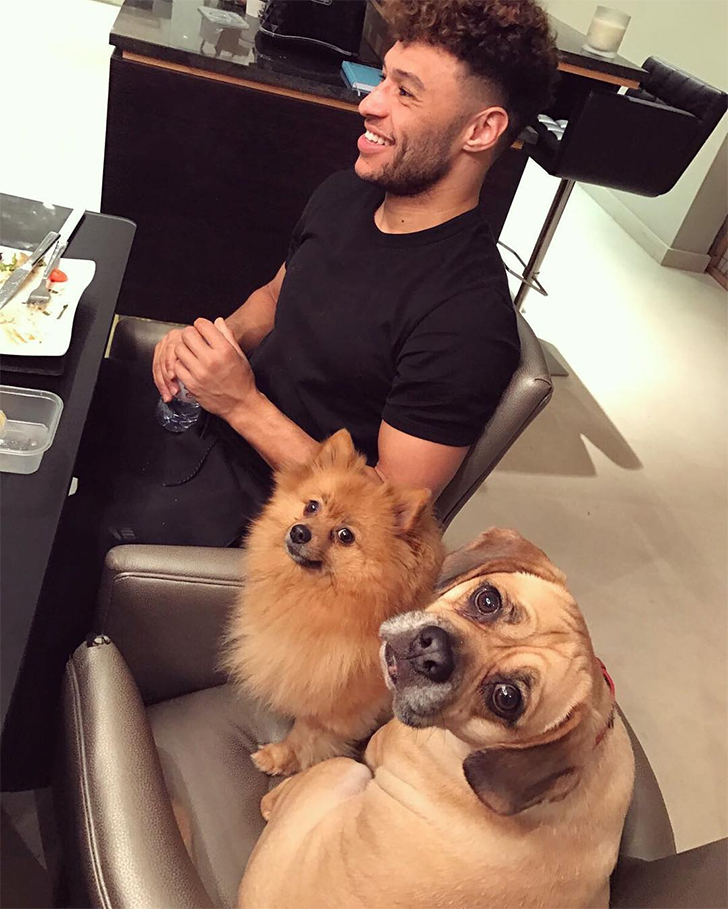 Alex Oxlade-Chamberlain took a break from football on Tuesday night as the Arsenal midfielder relaxed with pop star Perrie Edwards and two canine friends over dinner.

The Gunners midfielder helped Arsene Wenger’s side ease to a 2-1 victory over Preston North End in the FA Cup third round on Saturday evening as Arsenal made a swift return to winning ways following a 3-3 stalemate at Bournemouth last week.

Oxlade-Chamberlain has failed to tie down a regular starting spot in Wenger’s line-up so far this season which has led to speculation that the England international could leave the north London club in January.

However, the Arsenal star took his mind off all things football as he spent some time with Little Mix’s Edwards over dinner.

The pop star posted the above photo on her Instagram page with the following caption: “😍”

Arsenal are in fifth place in the Premier League table and eight points adrift of leaders Chelsea after 20 games in the 2016-17 season so far.