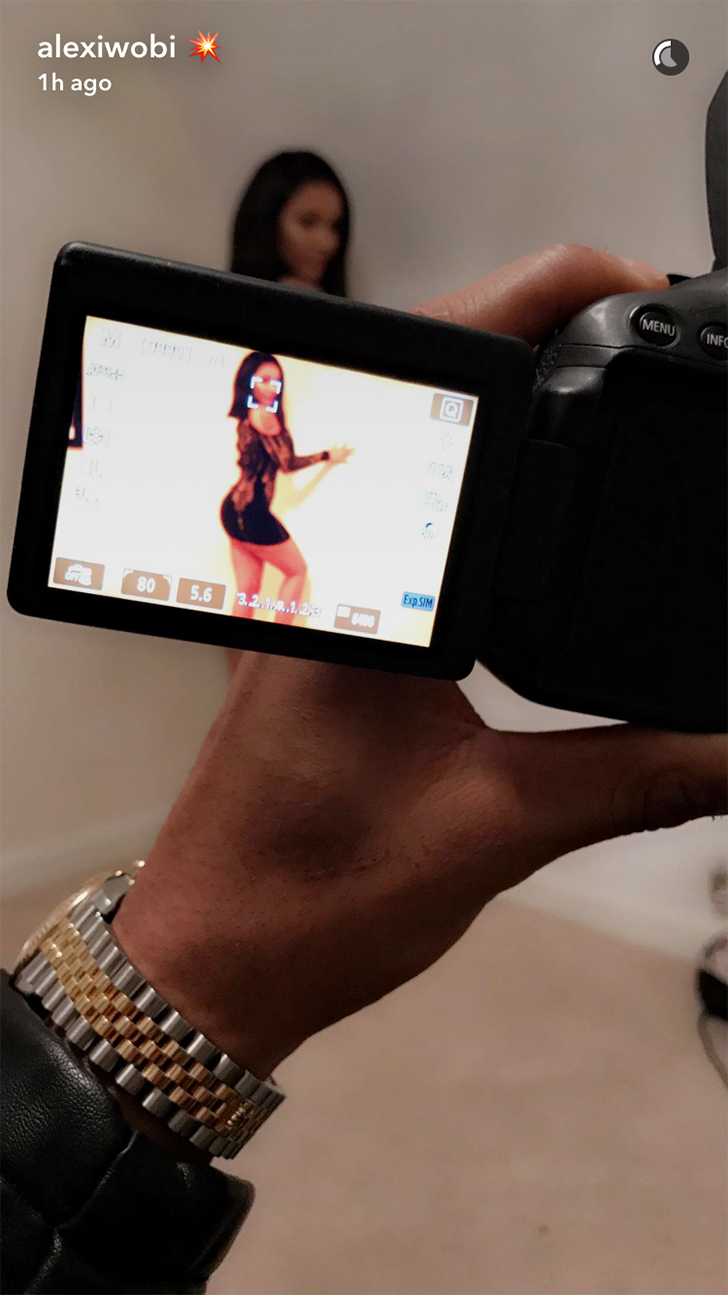 Alex Iwobi was working on his photography skills on Thursday night as the Arsenal midfielder relaxed with his girlfriend Clarisse Juliette.

The Nigeria international helped Arsenal to ease to a dramatic 2-1 win against promoted side Burnley at the Emirates Stadium last weekend.

Iwobi will be hoping to retain his spot in Arsene Wenger’s side for their trip to EFL Cup finalists Southampton in the FA Cup fifth round on Saturday evening.

The attacking midfielder made public his relationship with Clarisse earlier this season as the Nigerian continues to grow in stature on and off the pitch.

And Iwobi spent some quality time with his partner on Thursday night as he goofed around with camera and his other half, posting the above photo on his Instagram story.

The African midfielder has scored two goals and has made three assists in 18 appearances in the Premier League this season.

Arsenal will host Watford in their next Premier League game at The Emirates before a trip to leaders Chelsea next weekend.

Jamie Carragher: What would represent failure for Jurgen Klopp at Liverpool

Arsene Wenger: This Arsenal midfielder is intelligent but can’t tackle