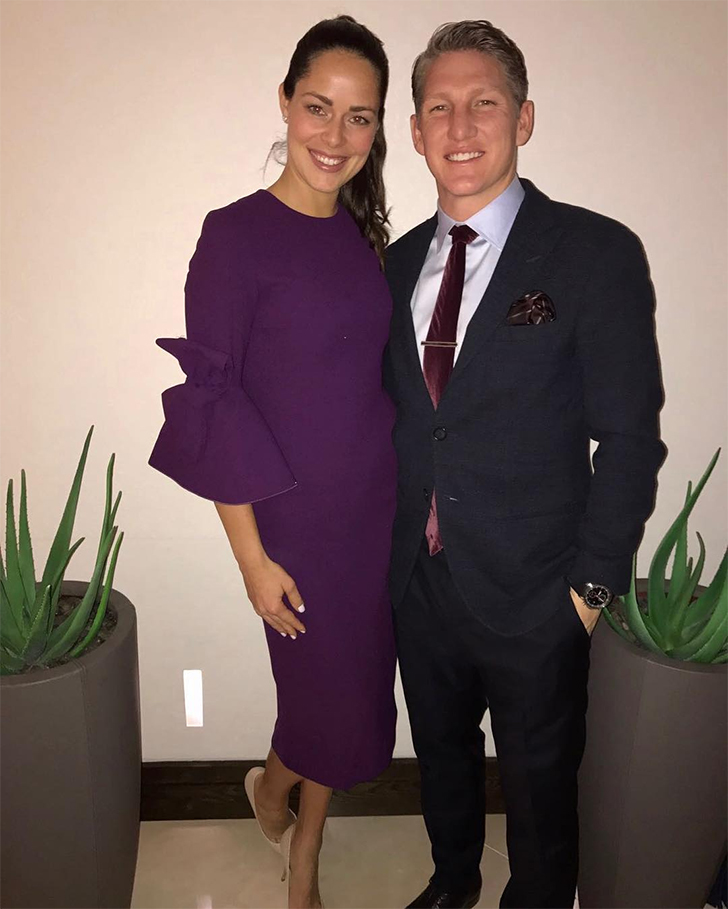 Bastian Schweinsteiger has taken to Instagram to wish all his followers a Happy New Year from the Manchester United midfielder and his wife Ana Ivanovic.

The retired Germany international has struggled to break into Jose Mourinho’s starting line-up since the Portuguese coach took over the reins from Louis van Gaal in May.

Schweinsteiger hasn’t made an appearance in the Premier League in the 2016-17 season so far, although the 32-year-old came off the bench in their 4-1 win against West Ham in the League Cup last eight.

However, the seven-time Bundesliga winner has still remained upbeat despite his well-documented struggles at Old Trafford under Mourinho.

Schweinsteiger posted the above photo on his Instagram page with his stunning wife Ivanovic and wrote the following caption:

“@anaivanovic and I hope you had a good start into the new year. We wish you all the best for 2017!”

Schweinsteiger moved to Manchester United in a £6.7m deal from Bundesliga giants Bayern Munich in the 2015 summer transfer window.

The German midfielder won the FA Cup in his first season at Old Trafford thanks to a 2-1 extra-time win against Crystal Palace at Wembley.