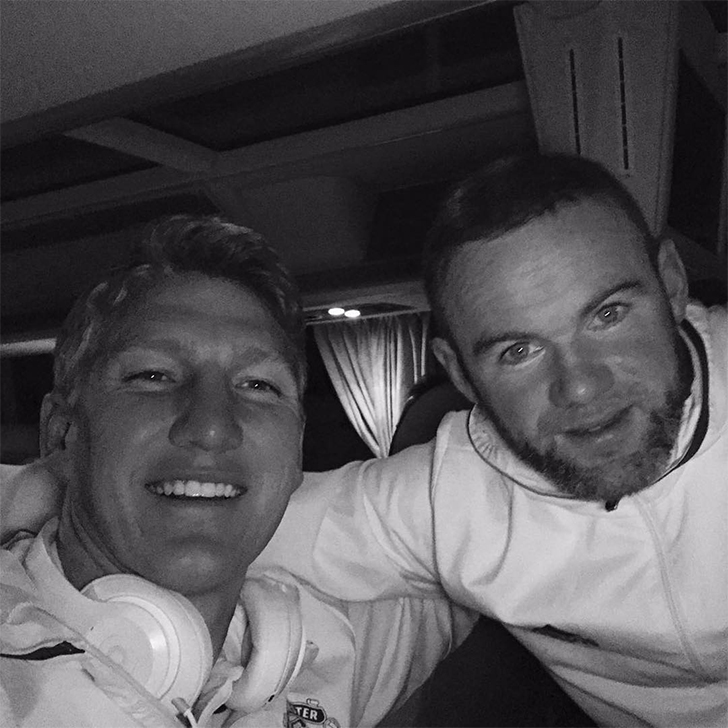 The England international scored the Red Devils’s last-gasp equaliser at the Britannia Stadium on Saturday afternoon to rescue a point for Jose Mourinho’s side.

Significantly, Rooney’s leveller was his 250th goal for Manchester United, taking the centre-forward past Sir Bobby Charlton’s all-time record and in some style.

The 31-year-old has now scored two goals and five assists in 16 appearances in the Premier League this season.

Manchester United midfielder Schweinsteiger showed his class with a message for the England captain.

Schweinsteiger posted the above selfie on his Instagram page and wrote the following caption:

“An amazing goal today from a great team mate! Congrats on your all-time record! @waynerooney #mufc”

Manchester United are in sixth place in the Premier League table and two points behind fifth-placed Manchester City in the race to secure a top-four finish.

The 20-time English champions haven’t won the title since 2013.

Harry Redknapp predicts where Liverpool will finish in title race