Photo: Diego Costa all smiles at dinner with Antonio Conte and Chelsea squad but one player missing 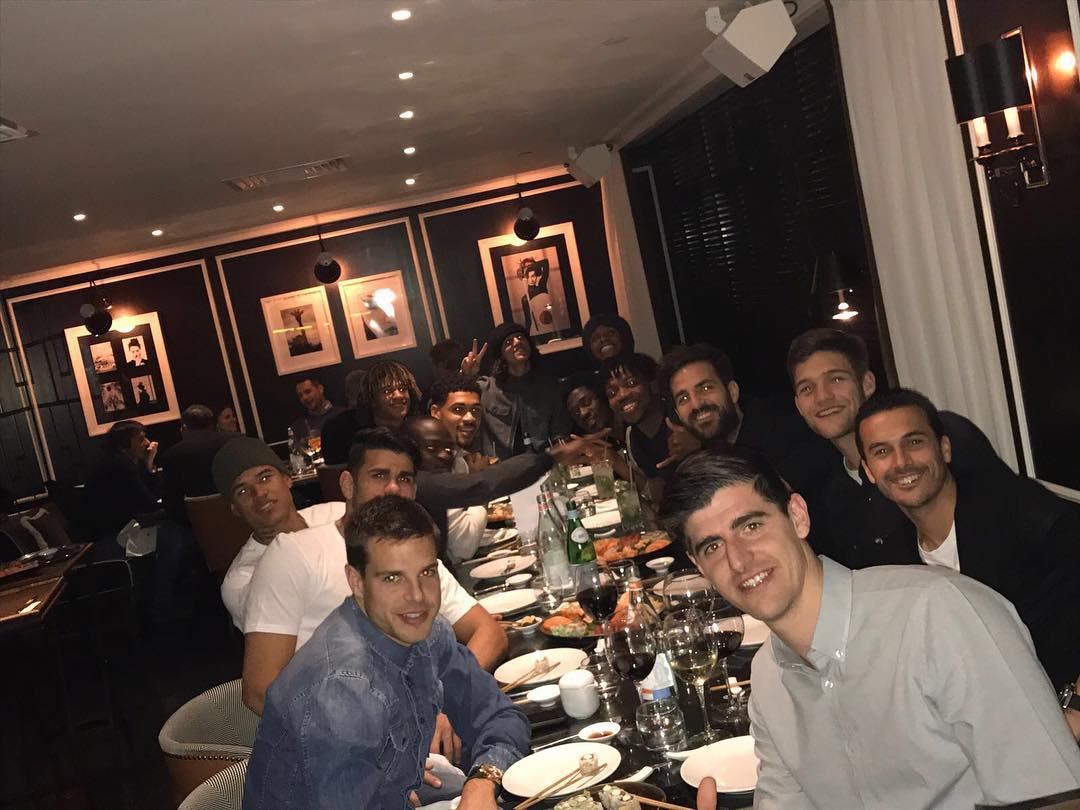 The Chelsea squad do some team bonding Photo: Thibaut Courtois/Instagram

Diego Costa posed for a selfie with Thibaut Courtois and his Chelsea team-mates as the Blues squad tucked into dinner on Tuesday night.

The Spain international returned to the Chelsea team at the weekend and scored their opener in added time at the end of the first half to help seal a 2-0 win against promoted side Hull City at Stamford Bridge.

Costa missed the Blues’s 3-0 win against Leicester City after a reported falling out with manager Antonio Conte over interest from China in the prolific striker.

The Chelsea centre-forward has proven instrumental in their title challenge so far this season after a return of 15 goals in 20 games in the 2016-17 season.

Eden Hazard has proven another key figure after a return of nine goals and three assists in 21 appearances in the Premier League this term.

However, Hazard was a noticeable absentee from Courtois’s selfie, even though Chelsea manager Antonio Conte could be spotted in the background of the photo.

Courtois posted the above photo on his Instagram page and wrote the following caption: “Team dinner!! 🔝🔝 #cfc 🔵⚪️”

Photo: Alexis Sanchez all smiles at dinner with Arsenal squad but no Mesut Ozil