Photo: Diego Costa shows softer side with dog ahead of Chelsea clash 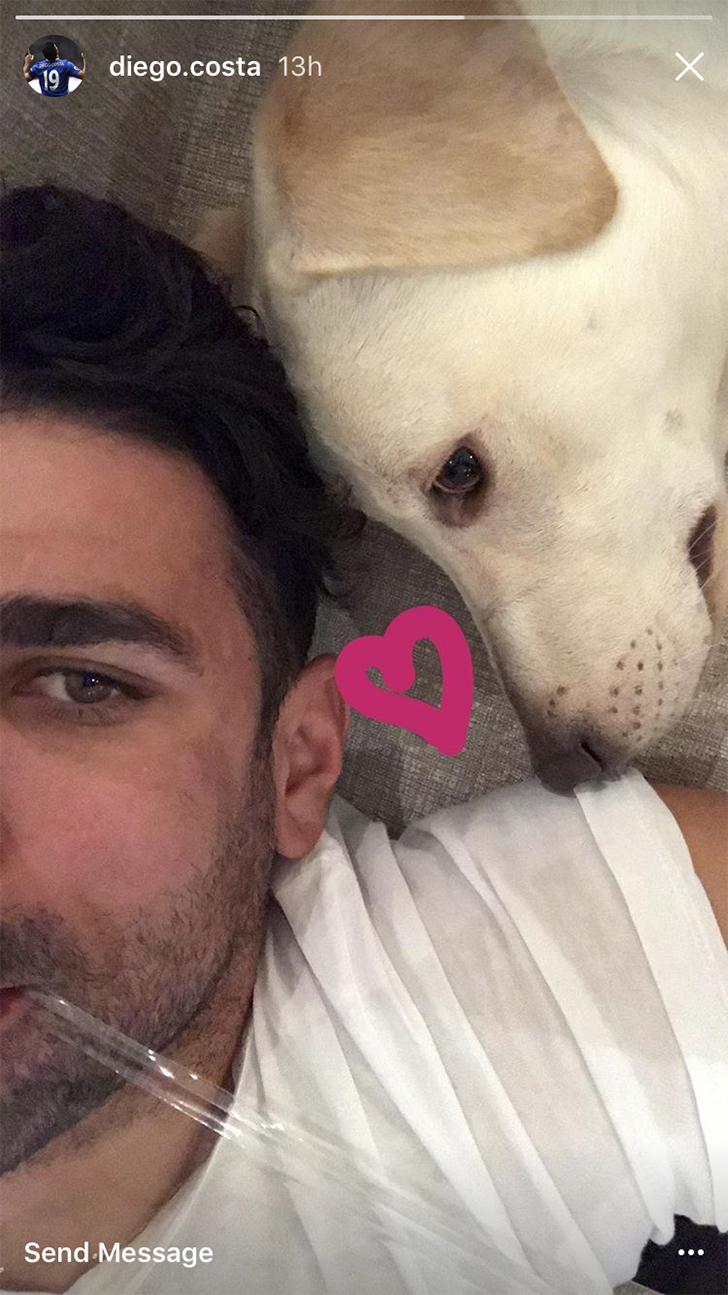 Diego Costa relaxed with his labrador as the Chelsea striker prepared for the visit of Brentford in the FA Cup fourth round on Saturday afternoon.

The Spain international has endured a stressful couple of weeks after the centre-forward reportedly fell out with Chelsea manager Antonio Conte over interest from China.

Costa wasn’t named in Chelsea’s squad for their 3-0 win against defending champions Leicester City at the King Power Stadium earlier this month, although Conte claimed that the striker was suffering with a back injury.

The 28-year-old returned to first-team training last week and in typical Costa fashion, the striker scored on his return to the starting line-up in their 2-0 win against Hull City at Stamford Bridge on Sunday afternoon.

The Spanish striker, though, was forgetting about all things football as the striker relaxed with his pet labrador.

Costa posted the above photo on his Instagram story as he kept Chelsea fans updated on his life away from the training ground.

Costa has scored 15 times in 20 games in the Premier League this term.

Midfielder reveals what Man United striker is like in dressing room

Pundit explains what Liverpool are unable to do without this forward