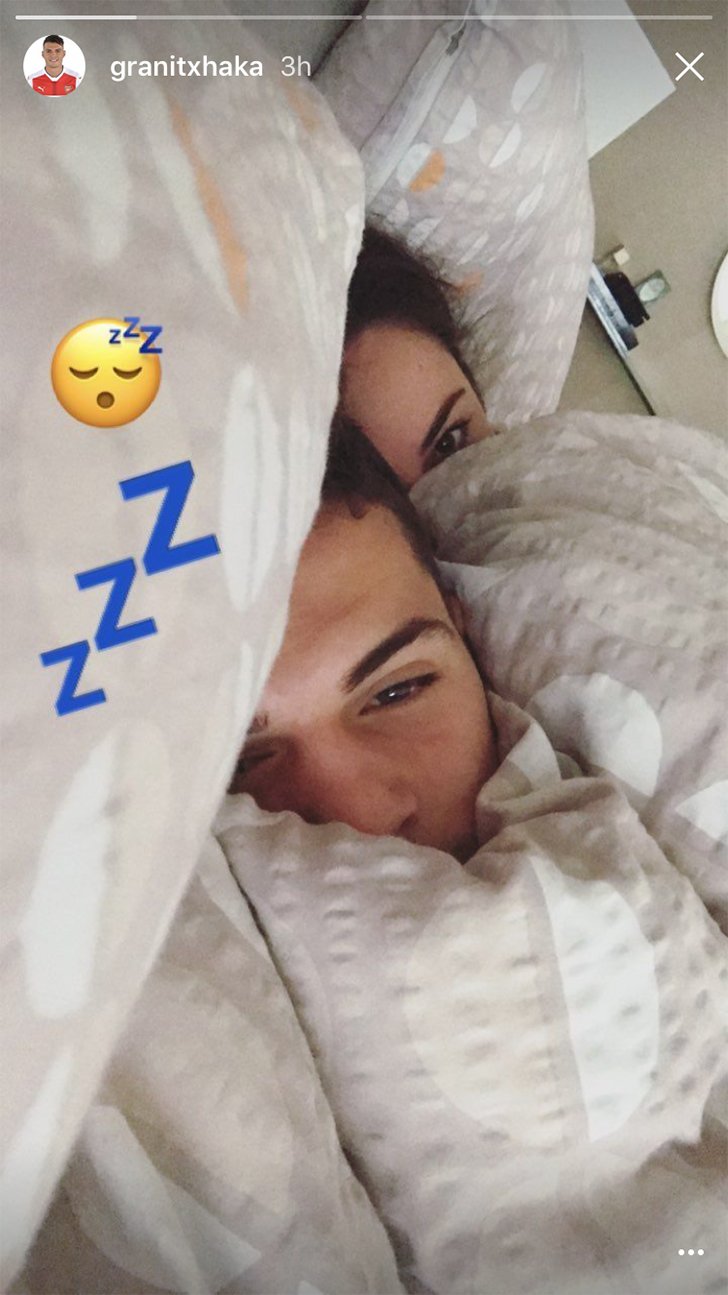 Granit Xhaka enjoyed a lie-in with his fiancee Leonita Lekaj on Sunday morning just hours after Arsenal were 2-1 winners against Preston North End on Saturday evening.

The Switzerland international got his first taste of FA Cup football after Arsene Wenger named his summer signing in the Arsenal starting line-up for their trip to Preston.

The Gunners made a disappointing start after going 1-0 down in the first half before Welsh midfielder Aaron Ramsey equalised in the 46th minute to silence the home crowd.

Olivier Giroud came up with a late goal for the third time in his last four appearances to secure Arsenal’s passage into the FA Cup fourth round in dramatic style.

And Xhaka treated himself to a lie-in with his stunning fiancee Leonita ahead of Arsenal’s next Premier League game at Swansea City next Saturday.

The Gunners midfielder posted the above selfie on his Instagram page as Xhaka recharged his batteries ahead of his next appearance in the Arsenal side.

Arsenal are in fifth place in the Premier League table.