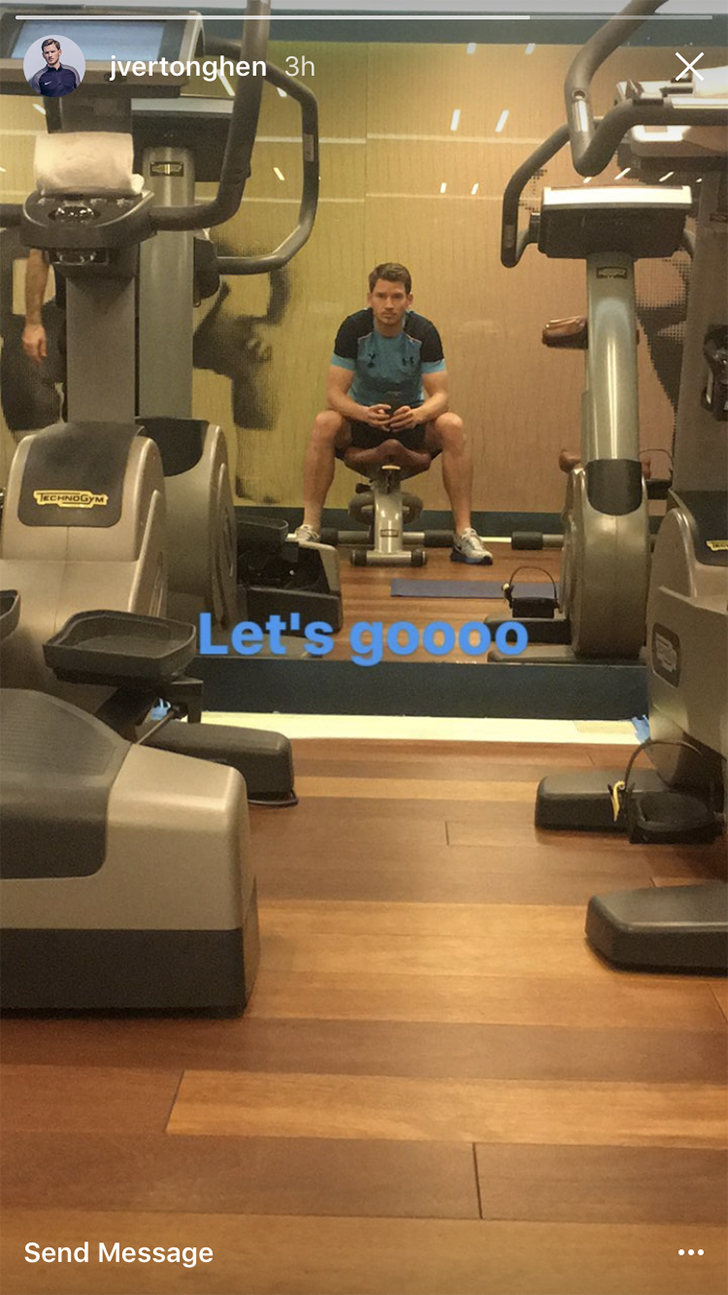 Jan Vertonghen hit the gym on Tuesday afternoon as the Tottenham Hotspur defender looked to kick-start his recovery from ankle ligament damage.

The 29-year-old suffered the serious injury during Tottenham’s 4-0 win against West Bromwich Albion at White Hart Lane earlier this month.

The Belgium international turned his ankle before half-time to leave Mauricio Pochettino without his first-choice centre-half.

Indeed, Vertonghen has started 20 of Tottenham’s 22 Premier League games this season to underline his importance to the north London side.

The former Ajax man helped Spurs keep the best defensive record in the Premier League before the Lilywhites conceded twice in his absence in a 2-2 draw with title rivals Manchester City at the Etihad Stadium on Saturday evening.

However, the Belgian was in the gym on Tuesday afternoon as the Belgian looked to do some work to keep his fitness ticking over.

Vertonghen posted the above photo on his Instagram story as he took a breather in the gym.

Tottenham are in third place in the Premier League table.