Photo: Jose Mourinho heads for dinner with his wife and kids ahead of Man United v Wigan 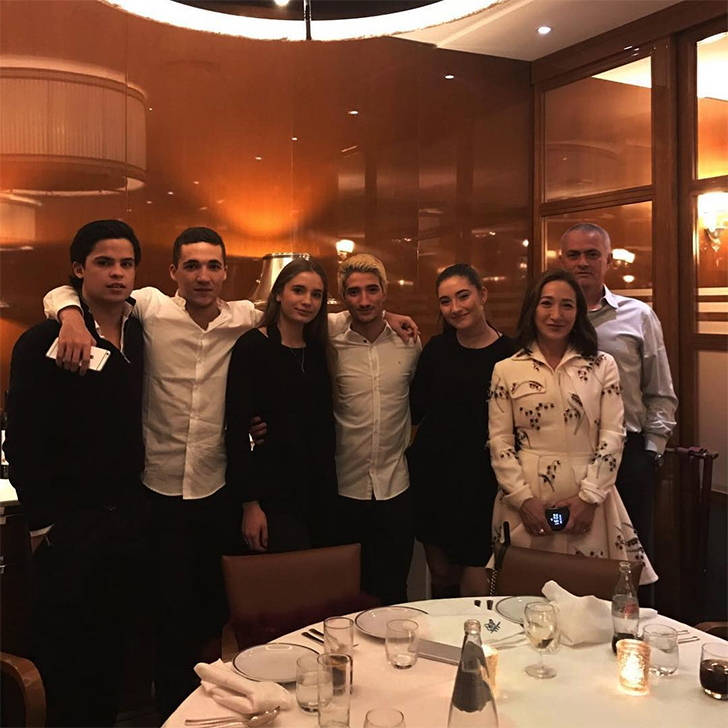 Jose Mourinho enjoyed a family meal with his wife and children ahead of Manchester United’s clash against Wigan Athletic in the FA Cup fourth round on Sunday afternoon.

The Red Devils boss is looking to steer the 20-time English champions into the next stage of the competition after Liverpool suffered a surprise exit on Saturday following a 2-1 loss to Championship opponents Wolverhampton Wanderers.

Manchester United suffered their first defeat in 17 games during the week after a 2-1 loss to Hull City in the second leg of their EFL Cup semi-final at the KCOM Stadium.

The 20-time English champions still progressed to the EFL Cup final thanks to a 3-2 aggregate win but Mourinho was understandably disappointed with the result.

However, Mourinho’s mood appeared to have picked up in the Instagram photo below as he managed a smile with his wife and their son and daughter at dinner on Saturday night with presumably some friend of Jose Junior joining the Manchester United boss for the meal.

Photo: Eden Hazard draws inspiration from ‘greatest ever’ ahead of Liverpool v Chelsea