Photo: Martial and Schneiderlin ring in new year together after Man United win 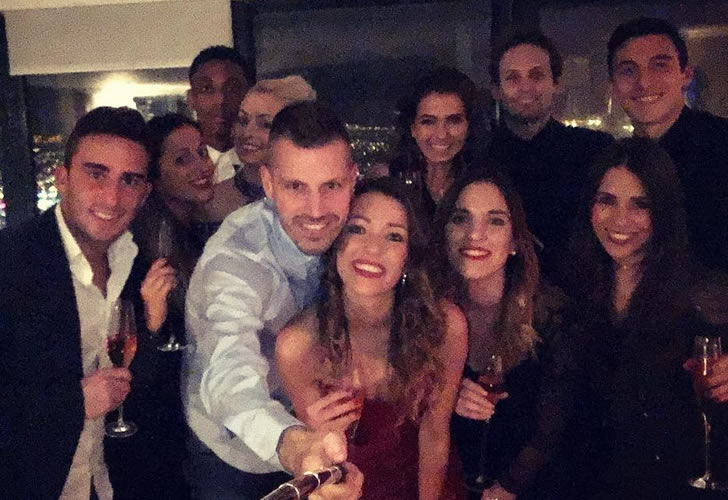 The Manchester United players celebrated the start of 2017 together Photo: Camille Sold / Instagram

Anthony Martial looked to be in good spirits as he posed for a picture with Morgan Schneiderlin and Matteo Darmian as the Manchester United stars rang in the new year.

The Manchester United trio were celebrating the start of 2017 together with their girlfriends just hours after the Red Devils secured a dramatic 2-1 win over Middlesbrough at Old Trafford in the Premier League.

Late goals from Martial and Paul Pogba at Old Trafford earned Jose Mourinho’s men all three points as the Red Devils made it five wins in a row in the Premier League.

And Martial was joined by his girlfriend Melanie Da Cruz, Darmian and his fiancee Francesca Cormanni, Daley Blind and his girlfriend Candy Rae-Fleur and Schneiderlin and his partner Camille Sold on Saturday night.

Sold posted the picture above on her personal Instagram account and wrote the caption: “Happy new yeaaaar 😁🎉🎈🙌🏽”

Manchester United are now preparing for their Premier League clash against West Ham United at the London Stadium on Monday afternoon.

The Red Devils are currently sixth in the Premier League table and still 13 points behind leaders Chelsea.

Arsene Wenger: What I really think about Chelsea under Antonio Conte