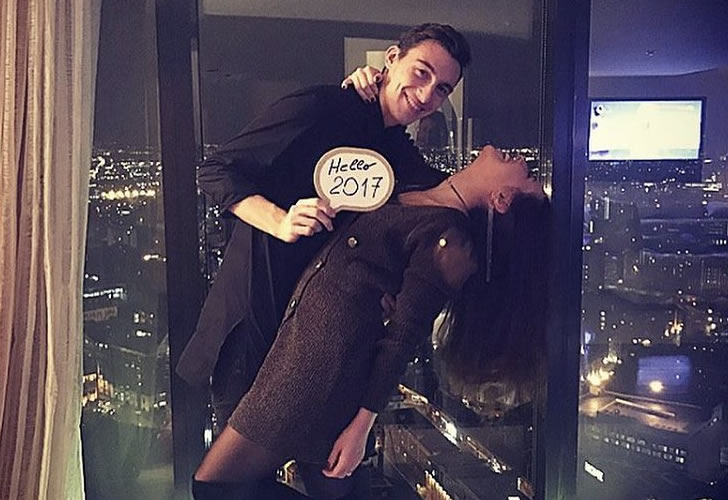 Matteo Darmian looked to be in high spirits as he celebrated the new year with his girlfriend Francesca.

The Italian defender did not feature for the Red Devils as late goals from Anthony Martial and Paul Pogba handed Manchester United a dramatic 2-1 win over Middlesbrough in the Premier League on Saturday afternoon at Old Trafford.

The win was Manchester United’s fifth in a row in the top flight, with Jose Mourinho’s men having shown some serious signs of improvement in recent weeks.

And Darmian seemed to be in a good mood as he celebrated the start of the year with his fiancee.

Manchester United are now gearing up for their Premier League trip to West Ham United on Monday afternoon as they look to make it six wins from six in the top flight.

Watch: Jose Mourinho sends message to Man United fans from behind the scenes at Old Trafford