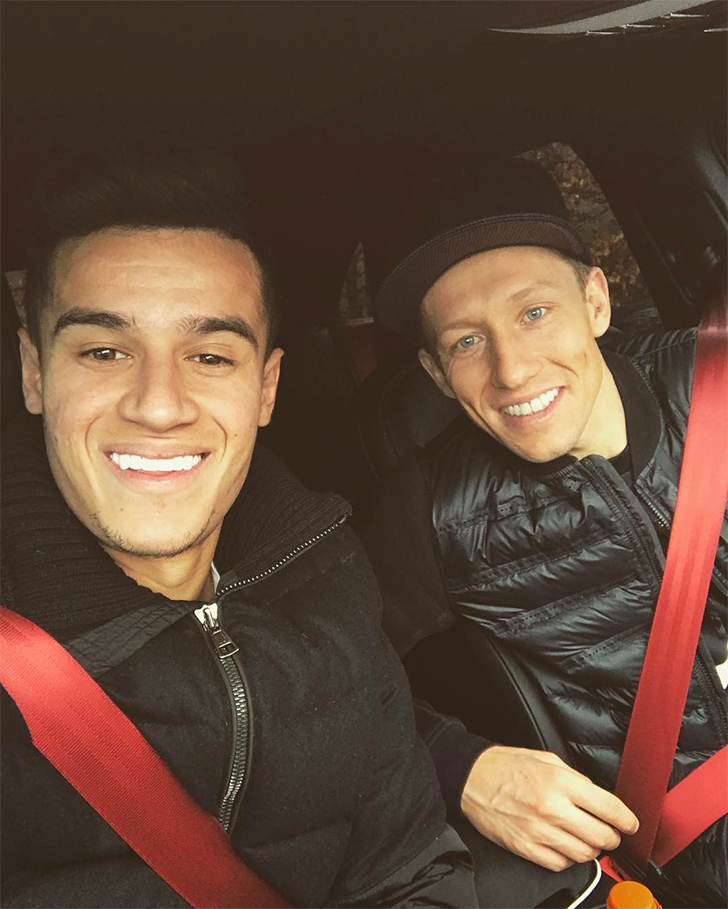 Liverpool’s longest-serving player endured a disappointing start to his birthday after the Reds were held to a frustrating goalless draw with League Two side Plymouth in the FA Cup third round at Anfield on Sunday afternoon.

Lucas started alongside Joe Gomez at centre-half as Jurgen Klopp’s fielded the youngest Liverpool since 1965 before he turned to his big guns Daniel Sturridge, Roberto Firmino and Adam Lallana in search of a winner.

Liverpool won’t have time to dwell on their third-round disappointment as Klopp’s side make the long trip to Southampton in the first leg of their EFL Cup semi-final on Wednesday night.

And Coutinho, who returned to first-team training earlier this month, posted the above photo on his Instagram page and wrote the following caption:

“Happy birthday Brother ❗️🎊🎈🎂 GOD bless you today and always, much happiness in your life is what we want. We love you”

Liverpool are in second place in the Premier League table but five points adrift of leaders Chelsea.