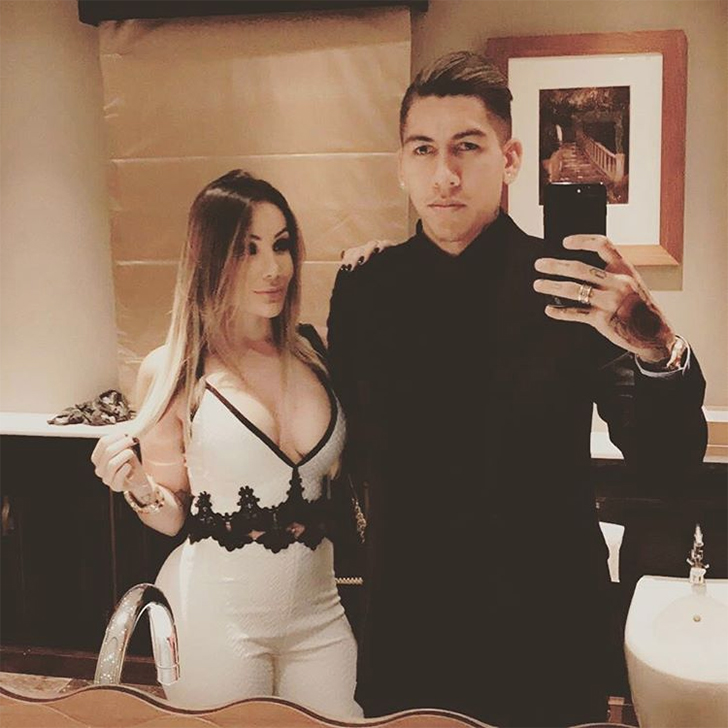 Roberto Firmino took his mind off Sunday’s huge north-west derby at Old Trafford as the Liverpool forward headed out for dinner with his stunning wife on Friday night.

The Brazil international is expected to be named in Jurgen Klopp’s starting line-up for Liverpool’s clash against Manchester United at Old Trafford on Sunday afternoon.

Firmino has scored six times and has made three assists in 19 games in the Premier League so far this season – only Sadio Mane has found the net more times than the South American.

However, the 25-year-old has struggled in the absence of compatriot Philippe Coutinho over the past couple of months after a return of one goal in his last nine appearances since a 2-0 win against Sunderland at Anfield in November.

Firmino appeared to be in a relaxed mood on Friday night as he posted the above selfie with his wife Larissa and wrote the following caption on his Instagram page:

Liverpool are in second place and five points clear of Manchester United.