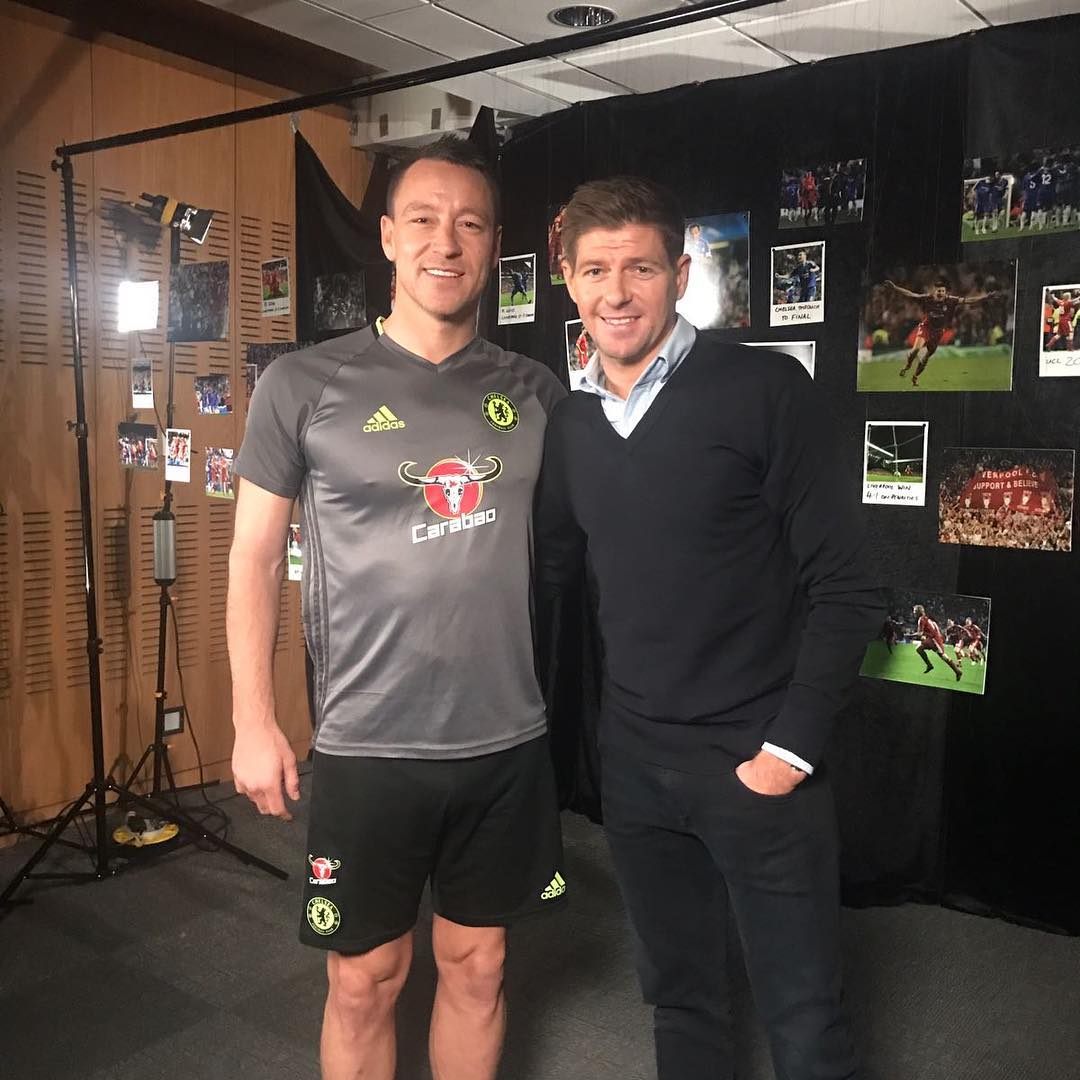 Steven Gerrard caught up with his old rival John Terry on Thursday afternoon ahead of Liverpool’s clash against Chelsea in their next Premier League game at Anfield on Tuesday night.

The former Liverpool captain enjoyed many memorable battles with Chelsea skipper Terry during his career at the Anfield outfit as the two clubs regularly met in the Premier League, the Champions League, the FA Cup and the League Cup.

Gerrard, of course, came close to moving to the west London outfit in 2005 before the midfielder had a change of heart and opted to commit his future to Liverpool.

The 36-year-old was left disappointed in his pursuit of a Premier League title with his boyhood club Liverpool, while Terry is bidding to win a sixth top-flight crown under Antonio Conte this season.

Gerrard will be hoping Jurgen Klopp’s men can kick-start their 2017 campaign with a much-needed win against current leaders Chelsea.

And Gerrard posted the above snap with Terry on his Instagram page and wrote the following caption:

“Was great discussing all the battles we had over the years today with @johnterry.26 . before the big game on Tuesday. Thanks for taking the time mate . #btsport #lfcvcfc”

Pundit: This Liverpool player can make all the difference for Jurgen Klopp