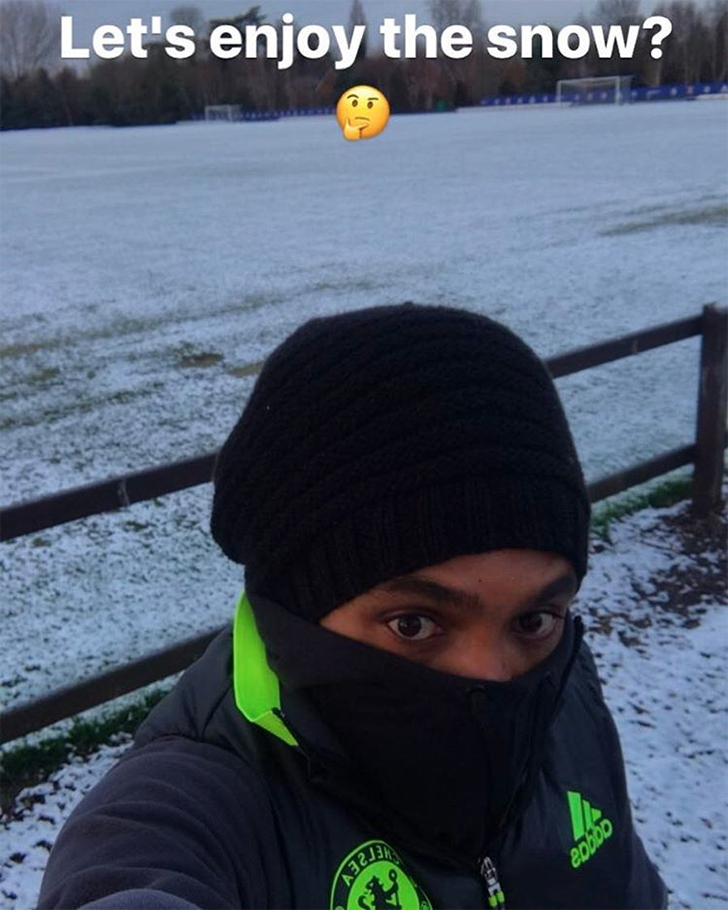 Willian was getting to grips with the London chill on Friday morning as Chelsea gear up for their trip to Leicester City on Saturday evening.

The Brazil international has been in decent form in recent weeks after the midfielder scored in Chelsea’s 4-1 win against Peterborough in the second half of their FA Cup third-round win at Stamford Bridge last weekend.

Willian will be hoping to retain his place in Antonio Conte’s starting line-up when the Premier League leaders make the trip to defending champions Leicester at the King Power Stadium.

London has been hit with snowy conditions in the English capital but that didn’t stop the Chelsea squad from hitting the training ground at Cobham on Friday morning.

Willian posted the above photo on his Instagram page and wrote the following caption:

Chelsea are five points clear of their closest rivals Liverpool in the title race ahead of their trip to Leicester.

The west London side suffered a 2-0 defeat by bitter rivals Tottenham Hotspur in their last top-flight outing.