Photo: Granit Xhaka enjoys night out with his stunning fiancee ahead of Bayern v Arsenal 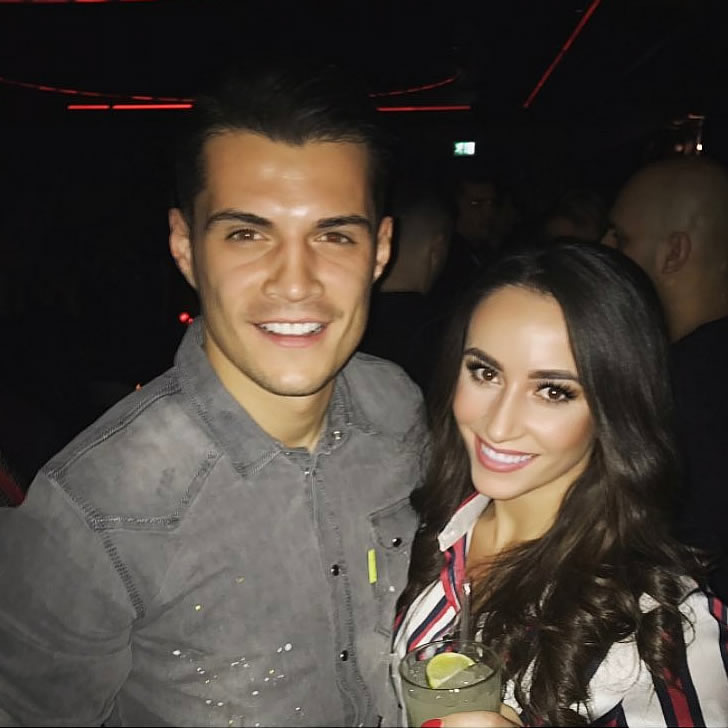 Granit Xhaka looked to be in high spirits as he enjoyed a night out with his fiancee Leonita Lekaj ahead of Arsenal’s Champions League showdown with Bayern Munich this week.

The Switzerland midfielder served the final game of his four-match suspension on Saturday as Arsenal returned to winning ways in the Premier League with a 2-0 victory over Hull City at The Emirates.

Xhaka will be hoping to earn a starting spot back in the Arsenal team when the Gunners travel to Germany to play Bayern Munich on Wednesday night in the first leg of their last-16 clash against the Bundesliga champions.

However, the summer signing enjoyed some downtime with his partner ahead of the game as he took some time away from the training pitches.

Arsenal’s win over Hull lifted them up to third place in the Premier League table and left them 10 points behind leaders Chelsea after the Blues’ 1-1 draw with Burnley on Sunday.

Thierry Henry: This Chelsea star is amazing, he has no flaws