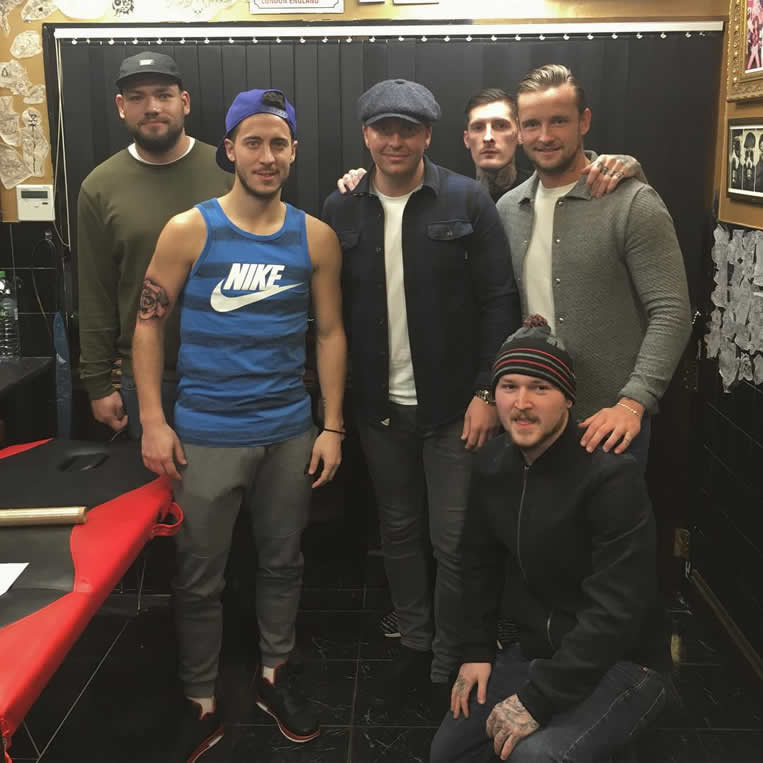 Eden Hazard has shown off a new tattoo on his right arm, and reportedly dropped a big hint about his Chelsea future.

The Belgian playmaker has been in fine form for the west London club so far this season and has helped the Blues build an eight-point lead at the top of the Premier League table.

Hazard has scored 10 goals and made three assists in the Premier League under Antonio Conte this season as he rediscovers some of his best form for the west London side.

His upturn in form has been in stark contrast to his struggles last season, when the Blues ended up 10th in the table and without a trophy.

Now, after popping in to get a tattoo at a parlour in west London, the employees of the shop suggested that Hazard is planning to stay at Chelsea for the foreseeable future.

The Fulham Tattoo Centre posted the picture above on their official Instagram page and wrote the caption: “Chelsea’s main man popped in today @hazardeden_10 for a 4 hour session. First of many. Started a half sleeve. Top man, top banter and top top player.

Liverpool defender predicts where the Reds will finish this season

Michael Owen: Why this player will score for Tottenham v Stoke