Photo: Alex Oxlade-Chamberlain shares a kiss with his new girlfriend after Arsenal loss 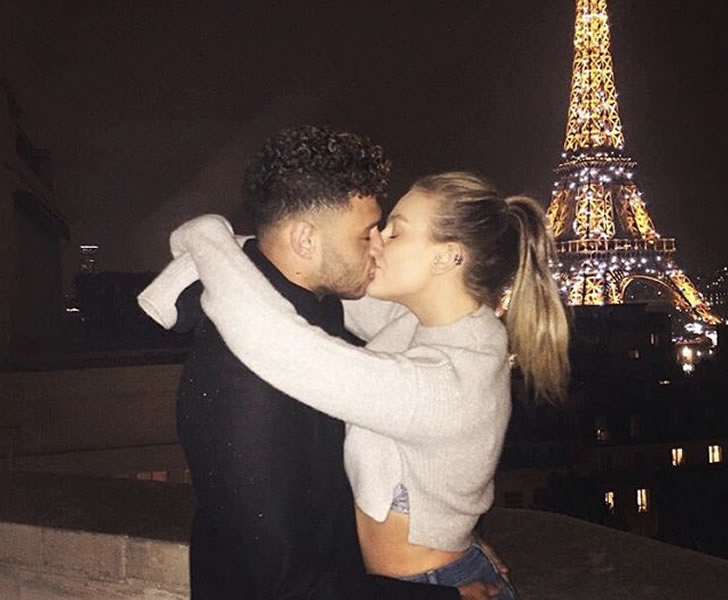 Alex Oxlade-Chamberlain shared a kiss with his new girlfriend Perrie Edwards in the wake of Arsenal’s 3-1 loss to Chelsea on Saturday.

The Gunners suffered a damaging blow to their Premier League title hopes on Saturday as they were comfortably beaten by their London rivals at Stamford Bridge.

That result left Arsenal 12 points behind the leaders in the race for the Premier League title and facing an uphill struggle to secure Champions League qualification.

However, despite the disappointment of the loss, at least Oxlade-Chamberlain could count on the support of his pop star girlfriend Edwards in the wake of the defeat.

Little Mix star Edwards posted the picture above on her personal Instagram account and wrote the caption: “Him.”

Arsenal will look to get back to winning ways in the Premier League when they take on Hull City at The Emirates on Saturday lunchtime.

The Gunners have lost their last two games in the top flight to dent their title hopes.

Antonio Conte: What I really think of N’Golo Kante at Chelsea this season