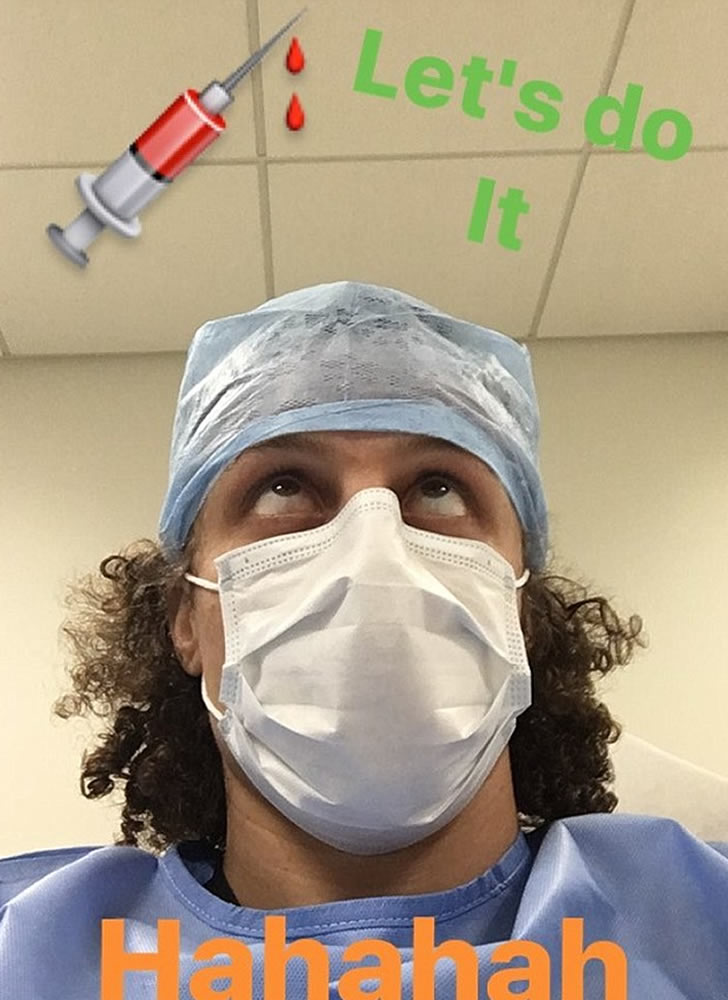 David Luiz left Chelsea fans worried on Sunday night after the Brazilian defender shared a photo of himself in a hospital gown on social media.

The Chelsea defender has been playing with a heavily strapped knee in recent games and Blues boss Antonio Conte confirmed in the build-up to Sunday’s draw with Burnley that Luiz had been playing through the pain of a knee problem.

Luiz has been one of Chelsea’s standout performers in recent months since his arrival back at the club from Paris Saint-Germain in the summer transfer window.

Chelsea have been trying to manage Luiz’s injury since their 3-1 win over Manchester City before Christmas.

And the Brazilian appeared to deliver an update about his fitness levels on Sunday night when the posted the picture above on social media and wrote the caption: “Let’s do it.”

Chelsea’s 1-1 draw with Burnley on Sunday left them top of the Premier League table and as the heavy favourites to win the title this season.

Steven Gerrard predicts where Arsenal and Man United will finish