Granit Xhaka was in the stands at Stamford Bridge to cheer Arsenal on against Chelsea on Saturday... 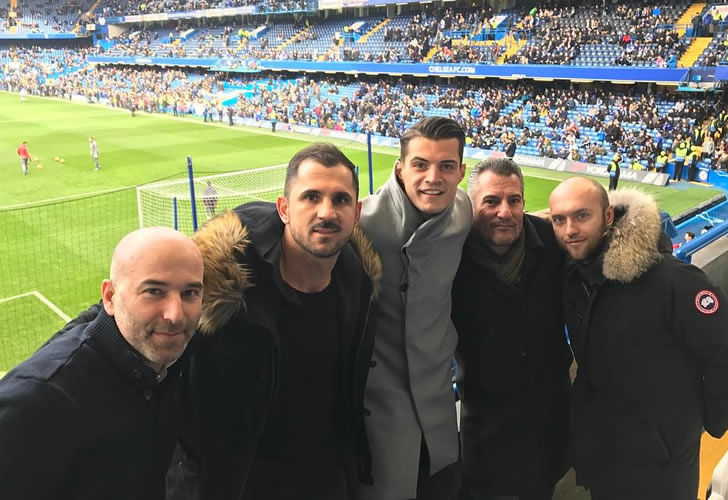 Granit Xhaka watched his Arsenal team-mates in action against Chelsea in the Premier League on Saturday lunchtime from the stands in west London.

The midfielder is currently suspended following his second red card of the season against Burnley last month but that did not prevent him from travelling to Stamford Bridge to cheer Arsene Wenger’s side on.

Xhaka was joined by some friends in the stands in west London as he watched the Gunners in action against the Blues.

However, it turned out to be a day to forget for Arsenal, as they lost 3-1 following goals from Marcos Alonso, Eden Hazard and Cesc Fabregas, before Olivier Giroud netted a late consolation strike.

The Switzerland international posted the picture above on his personal Instagram account before the game and wrote the caption: “Come on Gunners👍🏻💪🏻”

Xhaka has scored one goal and made one assist in 19 Premier League games for Arsenal so far this season since his arrival at the club from Borussia Monchengladbach in the summer transfer window.

He has been sent off twice and has also been shown two yellow cards, and is due to be available from his four-game domestic suspension for Arsenal’s clash with Sutton United in the FA Cup later this month