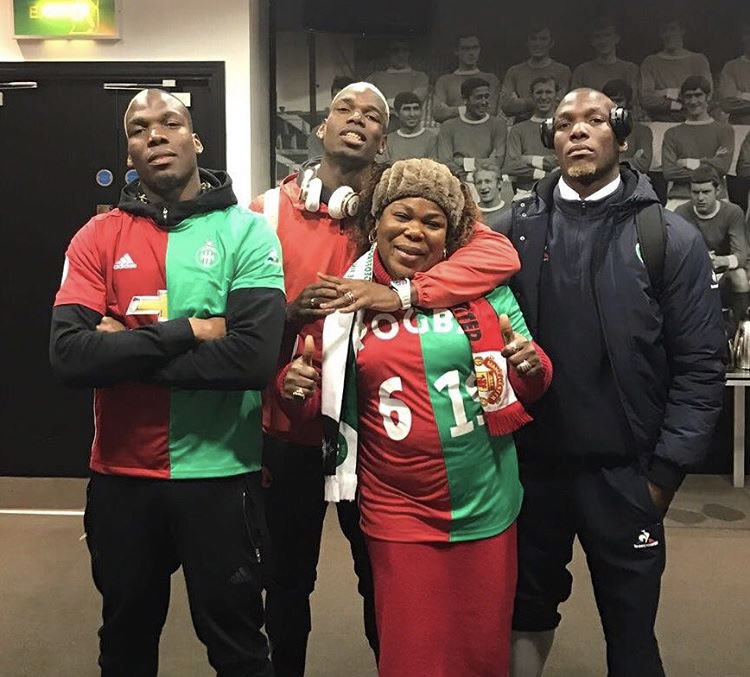 Paul Pogba posed for a picture with his family on Thursday night Photo: Paul Pogba / Instagram

Paul Pogba was all smiles as he took to social media to celebrate Manchester United’s 3-0 victory over Saint-Etienne in the Europa League with his family.

The 23-year-old Manchester United star came up against his brother Florentin as Jose Mourinho’s men took a step closer towards qualification for the last 16 of the Europa League thanks to a convincing win at Old Trafford.

Zlatan Ibrahimovic scored a hat-trick as Manchester United wrapped up an impressive European win in front of their home fans.

Pogba was joined by his brothers Mathias and Florentin, as well as his mother, after the final whistle as they posed for a picture behind the scenes at Old Trafford.

The France international posted the picture above on his personal Instagram account and wrote the caption: “BLESSED #lapogbance tag your family, spread the love”

Manchester United now turn their attentions back to FA Cup affairs and their clash with Blackburn Rovers in the fifth round on Sunday afternoon.

Roy Keane: Arsenal only have this many decent players, the rest are average