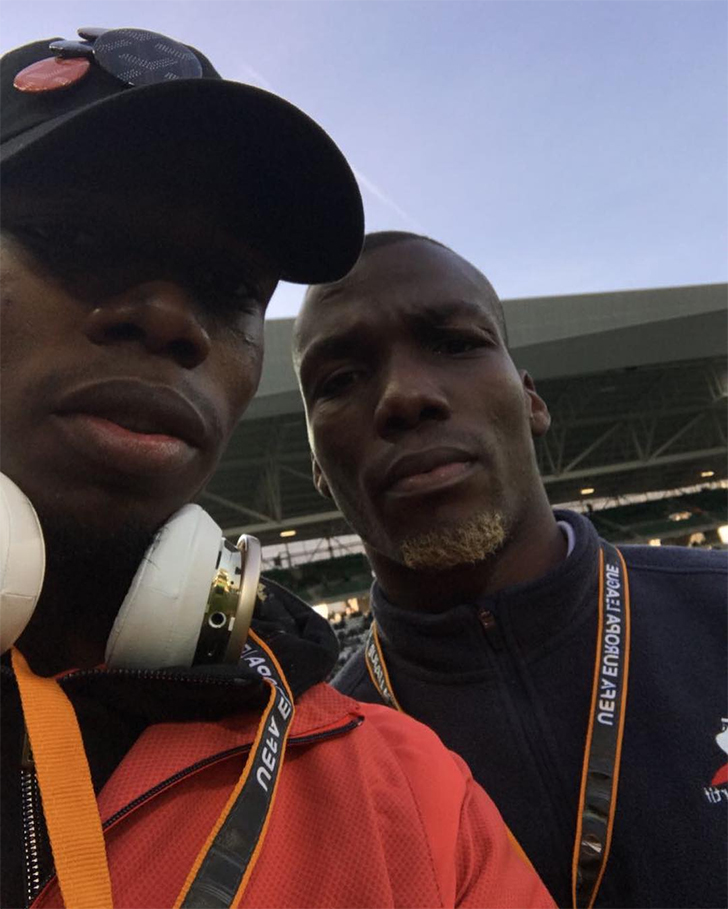 Paul Pogba posed for a photo with his brother Florentin after Manchester United were 1-0 winners at Saint-Etienne in the second leg of their Europa League last-32 clash on Wednesday night.

Jose Mourinho’s side travelled to France with a 3-0 aggregate lead after former Sweden international Zlatan Ibrahimovic netted a hat-trick at Old Trafford to put the English club in charge of the tie.

And Henrikh Mkhitaryan netted a 16th-minute winner to seal a 4-0 win over two legs and book Manchester United’s place in the Europa League last-16 draw on Friday.

For Pogba, it was a bittersweet result as Manchester United progressed at the expense of his brother’s Saint-Etienne team in Europe’s second tier competition.

The world-record signing was quick to pay tribute to Florentin on his Instagram page after Manchester United’s 1-0 win.

Pogba posted the above photo on his Instagram page and wrote the following caption:

Manchester United signed Pogba in a £89m deal from Serie A giants Juventus in the summer transfer window.

Jurgen Klopp: I tried to sign Premier League star before I took over at Liverpool