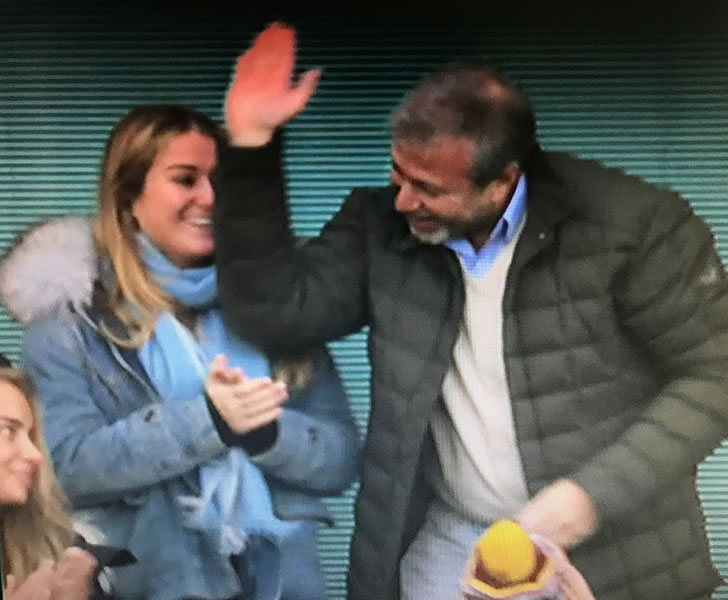 Roman Abramovich certainly looked like he approved of what he was seeing after Eden Hazard’s brilliant solo goal in Chelsea’s 3-1 win over Arsenal on Saturday.

The Blues took the lead in the 13th minute at Stamford Bridge when Marcos Alonso headed home from close range.

Hazard then made it 2-0 early in the second half when he embarked on a brilliant solo run and coolly finished past Petr Cech in the Arsenal goal.

The 26-year-old Hazard has been in much improved form for Chelsea this season following his struggles last term, when the Blues ended up 10th and without a trophy.

And Chelsea owner Abramovich certainly looked to be pleased with what he was seeing after Hazard’s fine goal on Saturday, if the photo above is anything to go by.

Chelsea’s win over Arsenal lifted them 12 points clear at the top of the Premier League table as they look to regain the title this season.