Photo: Theo Walcott puts in the extra work ahead of Chelsea v Arsenal

Theo Walcott hits the gym in the build-up to Arsenal's crunch clash with Chelsea this weekend... 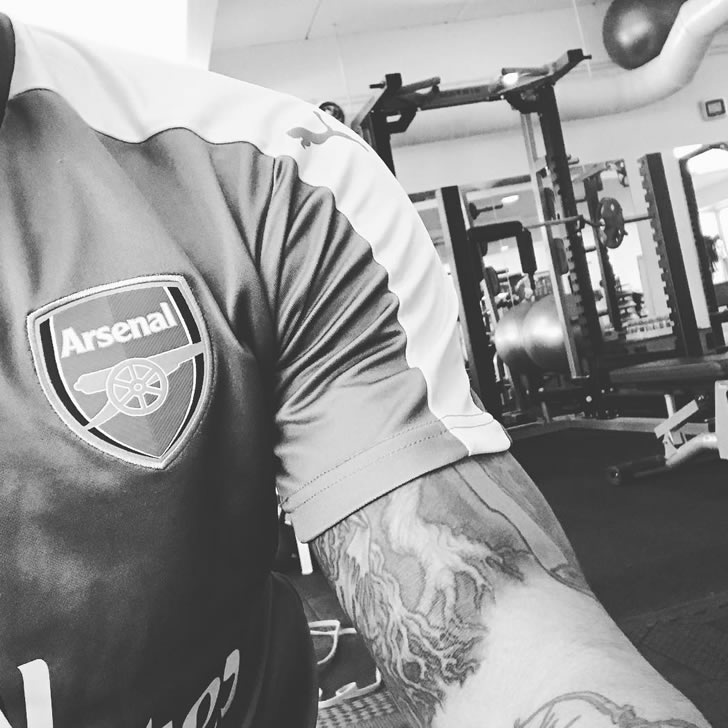 Theo Walcott hit the gym in his own time on Thursday as he bids to help Arsenal try and return to winning ways when the Gunners take on Chelsea at Stamford Bridge this weekend.

The north London side are aiming to bounce back from the disappointment of their surprise 2-1 loss to Watford at The Emirates on Tuesday night as they slipped up once again in the race for the title.

Arsenal now head into their clash with Chelsea in third place in the Premier League table and nine points behind the leaders as they bid to claw their way back into the title race.

Chelsea are also bidding to return to winning ways after their 1-1 draw with Liverpool on Tuesday night.

And Walcott was clearly determined to make sure that he is in peak physical condition for the clash as the Gunners look to claim three points at Stamford Bridge.

Walcott posted the picture above on his personal Instagram account and wrote the caption: “#gym #arsenal #coyg 🔴”

Arsenal were 3-0 winners over Chelsea when the two sides last met back in September at The Emirates.