Photo: This is what Paul Pogba did after Man United’s FA Cup win 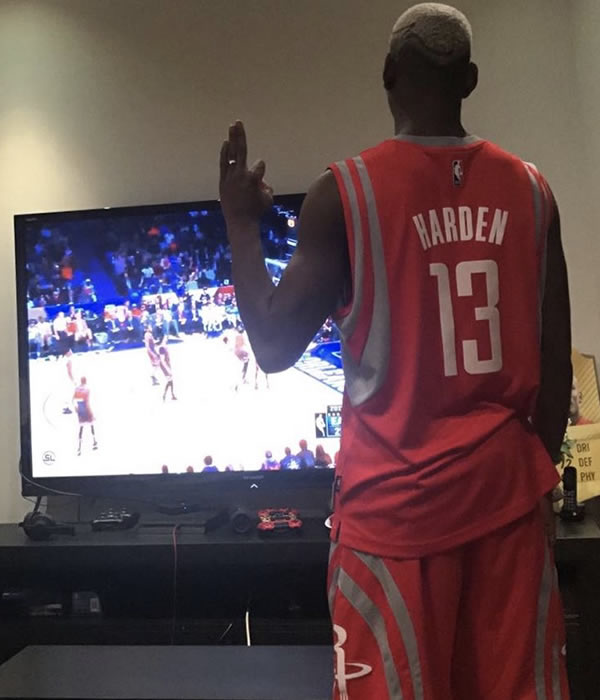 The French midfielder came off the bench to help Jose Mourinho’s men book their place in the last eight thanks to a 2-1 win over Blackburn Rovers at Ewood Park.

Pogba is a big basketball fan and was cheering on James Harden during the 66th NBA All Star game.

The midfielder wore a full basketball kit as he watched the game from the comfort of his own home after Manchester United’s victory.

Pogba posted the picture above on his personal Instagram account and wrote the caption: “Watching the guys put on a show tonight at the NBA All Star. Go James my MVP! #NBAAllStar @jharden13 @nba”

Manchester United have been pitted against Chelsea in the quarter-finals of the FA Cup as they bid to win the trophy in Jose Mourinho’s first season in charge at Old Trafford.

Pogba is currently getting used to life back at Old Trafford following his world-record summer move back to Manchester United from Juventus last year.

Paul Pogba discusses his Man United partnership with Zlatan Ibrahimovic: I know I can find him