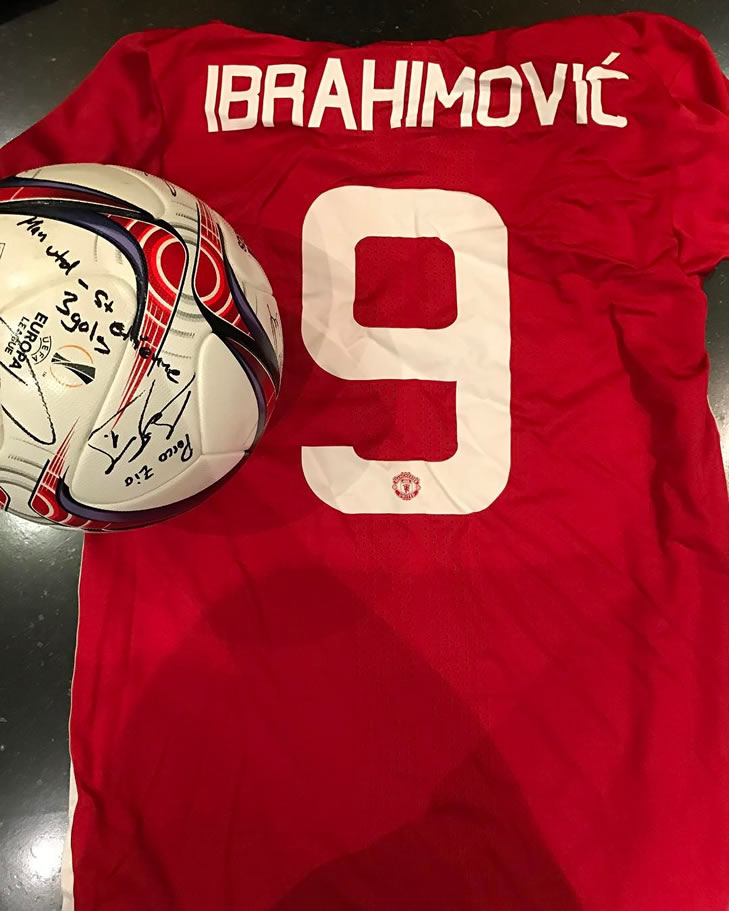 Zlatan Ibrahimovic has taken to social media to promise Manchester United fans that he has not scored his last hat-trick for the Red Devils.

The Swedish striker was in superb form for Jose Mourinho’s men has he netted all three goals for the Red Devils in a man of the match display in Thursday’s 3-0 win over Saint-Etienne at Old Trafford.

The victory allowed Manchester United to take a big step towards reaching the last 16 of the Europa League as the Red Devils look to continue their march towards three cup competitions this season.

Ibrahimovic has earned plenty of praise since arriving at Manchester United from Paris Saint-Germain on a free transfer in the summer, as the 35-year-old put any doubts about his fitness levels to one side by scoring more than 20 goals.

He shared the photo above on the app and wrote the caption: “First one but not the last one @manchesterunited”

Jamie Carragher: I feel sorry for Arsene Wenger, but Arsenal need a change