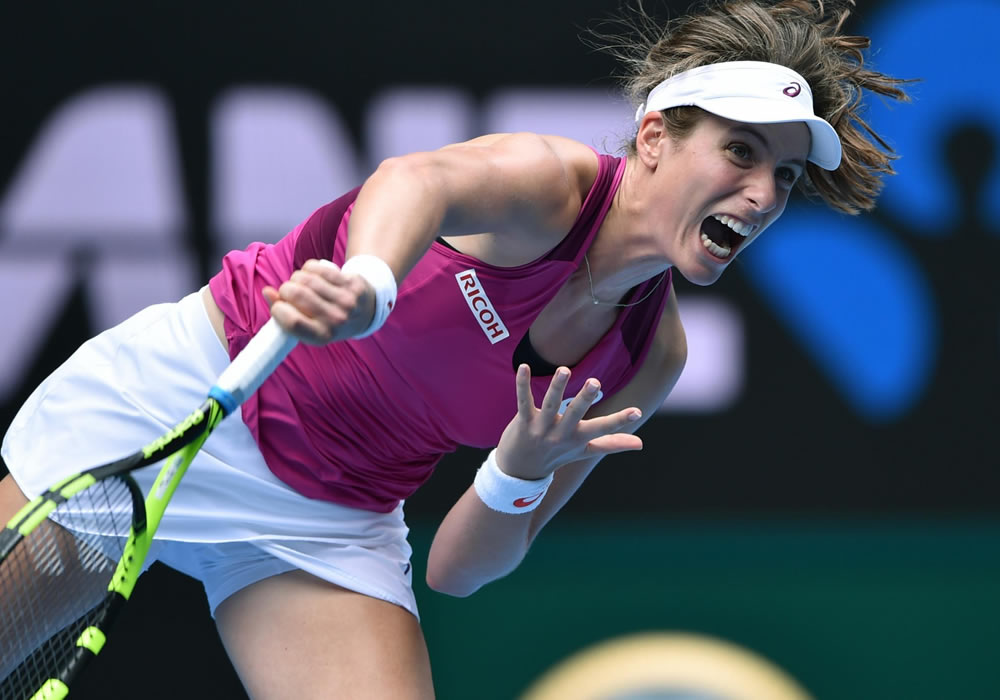 The Dubai Duty Free Championships has always attracted the elite of women’s tennis, but this year will be a bumper draw, up to 64 instead of the 32 of previous years, and will boast seven of the top 10 in the world, competing for one of the richest purses outside the four Grand Slams and four Premier Mandatories.

For while Australian Open champion and world No1 Serena Williams does not play—as has so often been the case, the 35-year-old will recuperate away from tournament play in readiness for the biggest WTA events of the year in Indian Wells and Miami—the woman who so recently denied her the No1 ranking, Angelique Kerber, does.

Back to No2 after failing to defend her Australian title, the German will be one of the favourites to claim her first title in Dubai, especially in the absence of former champions Petra Kvitova and Simona Halep, both injured.

However, Kerber will face stiff competition from two of the most improved players of the last year.

At a career-high ranking of No3, Karolina Pliskova, still aged just 24, has been on a steady upwards trajectory since winning her first title in 2013. The following year, she won two more titles from five finals and broke into the top 25, made her top-10 debut in 2015, made her Grand Slam breakthrough last year with a final run at the US Open, after beating US champion Kerber for her first Premier 5 title in Cincinnati.

Along the way, Pliskova has also been a runner-up in Dubai, in 2015, and will this year bring great form from the hot hard courts of Australia, where she won the Brisbane title and made the quarters in Melbourne.

But when it comes to the WTA Race, and without Australian Open finalists Serena and Venus Williams playing either Doha or Dubai, it is Briton Johanna Konta who leads the rankings. The world No10 has racked up even more points than Pliskova this year after reaching the semis in Shenzhen, winning Sydney and reaching the quarters in Melbourne, where she came face-to-face with Serena Williams.

Indeed, the 25-year-old Konta, who will be making her debut main-draw appearances in both Doha and Dubai, has enjoyed one of the steepest rises on the WTA circuit in the last couple of years. In those same three tournaments—Shenzhen, Sydney and the Australian Open—the Briton did not even make it through qualifying in 2015. She was still ranked around 150 by the time she reached the quarters on the grass of Eastbourne, where she beat Ekaterina Makarova and Garbine Muguruza.

Then after picking up two ITF titles, she went on to make the fourth round at the US Open via qualifying, and in Wuhan, she beat No2 Halep and pressed Venus Williams to a 7-5 third set in the quarters. So she had broken the top 50 for the start of 2016, and was ready to break into the big time with a first Grand Slam semi run this time last year in Melbourne.

Six months ago, she picked up her first title in Stanford, and made the final of the Mandatory in Beijing. By the start of this year, she had broken the top 10, and going into the Australian Open, she had won 22 of her last 27 matches and reached the semi-finals or better in four of her past five tournaments. 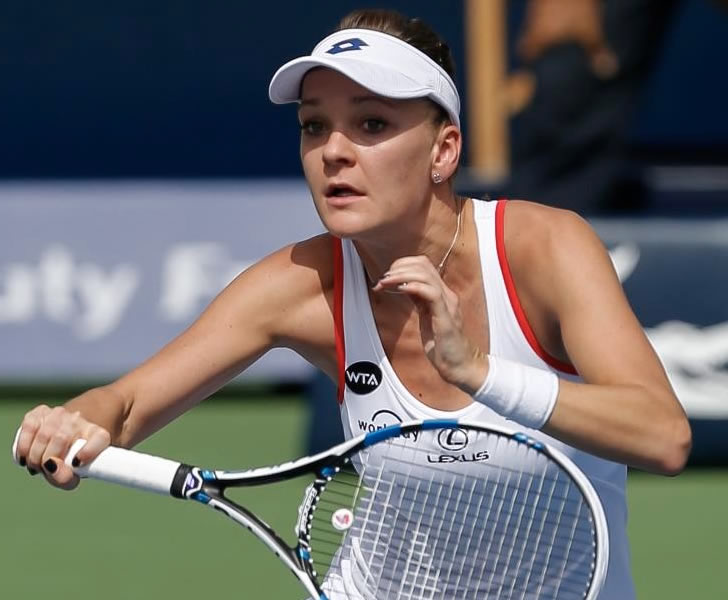 Little wonder, then, that Konta is another of the favourites to pick up a win in the desert in the coming weeks.

But while both Williams, plus Halep, Kvitova and new mother Victoria Azarenka, are missing, there is plenty more competition for Kerber, Pliskova and Konta.

Dominika Cibulkova, ranked No5, closed 2016 with the WTA Championship title. Now at a career-high No5, the Slovak will be keen to improve on her record in Dubai. She failed to qualify during her first visit in 2007, had to retire during her third-round match in 2009, and lost to Caroline Wozniacki in the second round in 2010. In the following three years, she failed to win a match, having to retire again in 2012. Now she returns to Dubai for the first time since 2013 as a potential champion.

French Open champion Muguruza is ranked No7, while No6 Agnieszka Radwanska and No18 Wozniacki are former Dubai champions. Ranked No8 after a resurgence during 2016, the two-time Grand Slam champion Svetlana Kuznetsova is also in contention: She has, after all, been a finalist three times in Dubai.

Lower down the rankings, a clutch of other players has also shown good form at the start of the year. Alison Riske reached the Shenzhen finals, Lauren Davis won in Auckland, and 2016 Dubai finalist Barbora Strycova also made the Sydney semi-finals.

But of Konta’s debut in Dubai, the CEO of Dubai Duty Free, Colm McLoughlin said:

“We are thrilled to welcome Johanna Konta to Dubai for the first time. She has made remarkable progress over the past year and is now a serious title contender at every tournament she plays, even the Grand Slams.

“Although she will be competing in a fantastic field that includes seven of the world’s top 10 players, it would be no surprise at all if she can emerge from her debut year as the champion as we celebrate the 25th anniversary of the tournament. We wish her well.”

Konta is currently competing in the Fed Cup, where she and Heather Watson won their opening singles matches against Portugal. GB will play Latvia and Turkey later this week and, if successful, will make the play-offs against the Group-B winners on Saturday. The winners of that tie will progress to a World Group 2 play-off in April.

Tickets for the women’s tournament in Dubai, which begins on Sunday 19 February, may be purchased online. The Qatar Open in Doha begins on 11 February.

After his 18th Major in Australia, Roger Federer relishes pursuit of record No8 in Dubai