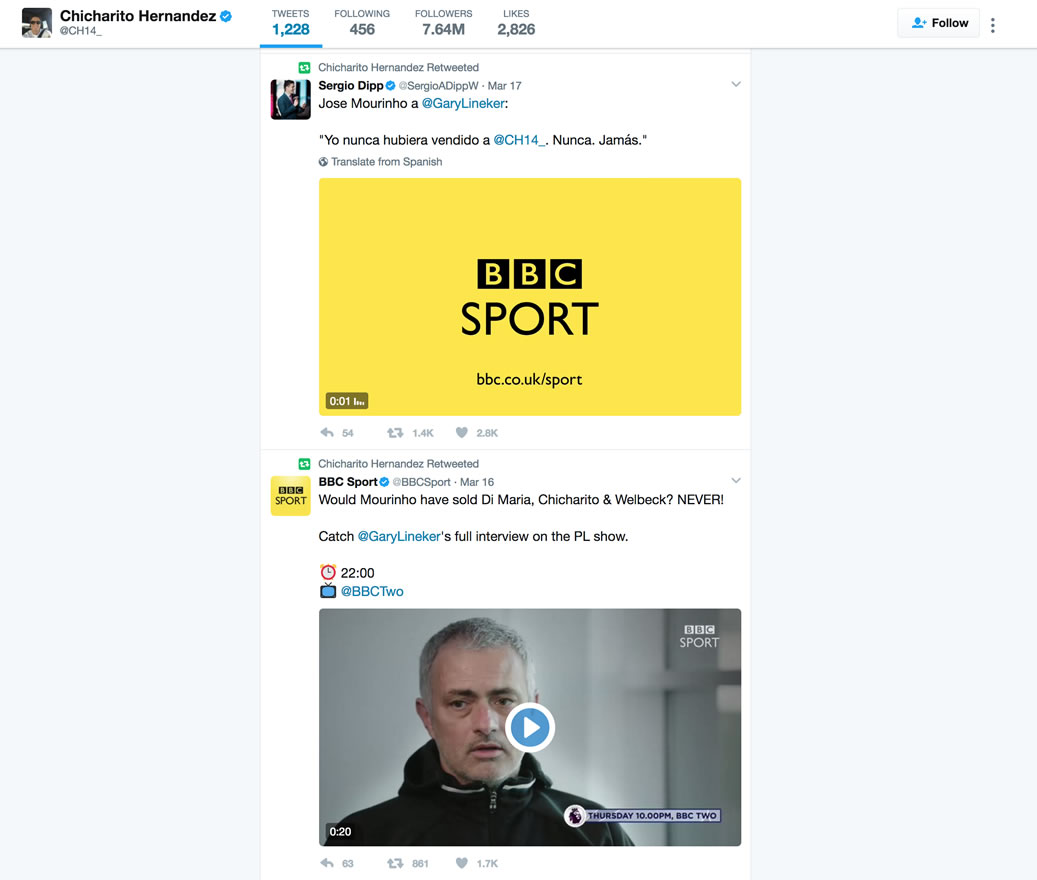 Javier Hernandez appears to be have been pleased to hear about Jose Mourinho’s recent comments claiming that Manchester United should never have sold the striker.

The Mexican striker was sold to Bayer Leverkusen back in 2015 after being deemed to be surplus to requirements at Old Trafford by then manager Louis van Gaal.

Hernandez has been in good form for the Bundesliga side and has scored 38 goals in 72 games since leaving the Red Devils.

“I would have never have sold Angel Di Maria, Chicharito and Danny Welbeck. Never. No chance.”

And Hernandez seemed pleased to have heard Mourinho’s comments as he retweeted two of the videos of his interview on Twitter.

Manchester United are currently in fifth place in the Premier League table as they bid to finish in the top four this season.

Gary Neville predicts where Liverpool and Arsenal will finish this season