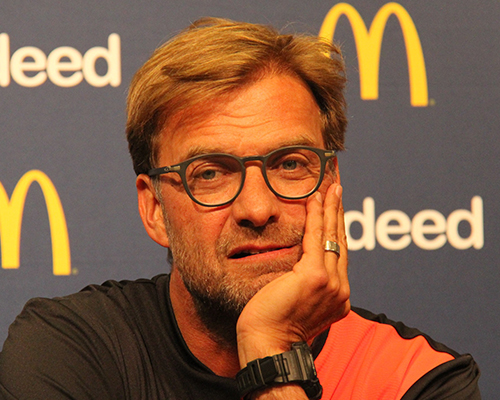 The Premier League action returns this weekend with a number of mouth-watering games, as the season heads towards its culmination.

The pick of the round’s fixtures sees top-four rivals Manchester City and Liverpool clash at the Etihad Stadium on Sunday, in what could be a defining match in both teams’ chances of success this term.

Pep Guardiola’s hosts are coming off the back of being eliminated from the Champions League after a 3-1 defeat to Monaco in midweek and the Catalan trainer will know that his side will need to be at their best to get a positive result here.

Liverpool won the reverse fixture 1-0 at Anfield and have had their edge over City of late, prevailing in four of the last five meetings between the sides; the only exception was the Manchester club claiming the League Cup last season against the Merseysiders at Wembley.

Only a point separates the clubs currently, with Guardiola’s charges third and Jurgen Klopp’s men in fourth, but both Arsenal and Manchester United are hot on the heels of the pair in the race for Champions League qualification.

Punters will pick this clash as one to wager their money on, with the information available on soccernews.com sure to be a source of valuable data.

Those keen to have a football bet can find just about everything on the site to help you make an educated choice when selecting where to place your money.

Liverpool may well be the underdogs for the game but the visitors will fancy their chances of upsetting their big-money hosts after having a midweek break.

Both teams will need a minor miracle to be in with a chance of catching the division’s runaway leaders Chelsea, with a Premier League title challenge seemingly out of reach.

However, with five sides fighting for the remaining three Champions League berths, the race could well be set to go right down to the wire.

City will continue to be without Brazilian prodigy Gabriel Jesus, putting pressure on Sergio Aguero to get the goals to fire the hosts to victory.

Liverpool’s devastating attacking play has been on show this season, with Sadio Mane in particular catching the eye and well supported by Roberto Firmino and Philippe Coutinho.

Both teams are clearly better on the front foot than when put under defensive pressure and as such there is every chance that a goals fest could be set to happen.

Guardiola and Klopp also urge their sides to press the ball in the opposition’s half and as such a high-octane, fast-paced encounter feels inevitable.

With the race for the top four so tight and all to play for, these three points could well be the difference between one of the teams making the top four this season or agonisingly missing out.