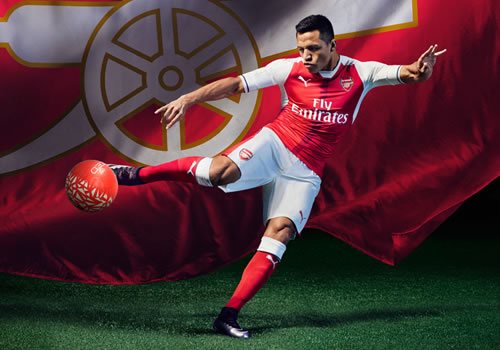 Graeme Souness believes that Alexis Sanchez will be seriously considering his Arsenal future beyond the end of the season.

The Chile international’s situation at The Emirates has been a relentless source of speculation in recent months due to the fact that both he and Mesut Ozil entered into the final 15 months of their contract with the north London side.

Sanchez has been Arsenal standout player in what has ended up being a disappointing campaign thus far for Arsene Wenger’s men.

The 28-year-old has earned a reputation as one of the Premier League’s top attacking talents since his arrival at Arsenal from Barcelona in the summer of 2014.

However, Sanchez currently only has an FA Cup winners’ medal to show from his time at The Emirates and it remains to be seen whether he will stay at the club beyond the summer.

And Souness feels that Sanchez is likely to be considering a transfer away from Arsenal in the near future.

Speaking to Sky Sports News HQ, Souness said: “He will see that he has maybe three years left at being at his best. During those three years, he wants to win trophies.