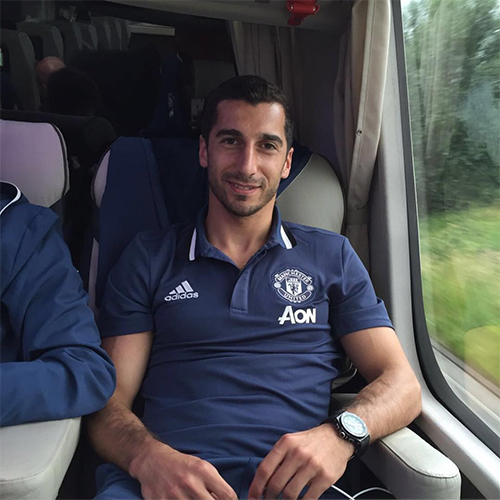 Henrikh Mkhitaryan has warned his Manchester United team-mates that they are in for a stern test of their European credentials when they take on Anderlecht in the Europa League on Thursday night.

The Red Devils head into the game on the back of their 3-0 win over Sunderland in the Premier League as Jose Mourinho’s men look to take a step closer towards the semi-finals of the Europa League.

With Manchester United currently fifth in the Premier League table, the Red Devils know that winning the Europa League this season could represent their best chance of qualifying for next term’s Champions League.

However, Mkhitaryan has warned his team-mates that they are facing a stern test of their credentials against the Belgian side.

Speaking to MUTV, Mkhitaryan said: “It’s going to be a very important game against Anderlecht.

“It will be a very tough game because it’s not going to be easy against Anderlecht.

The Armenian playmaker has scored eight goals in all competitions for Manchester United so far this season, and has also notched up one assist in the Premier League.

Henrikh Mkhitaryan: I need to get better at this at Man United