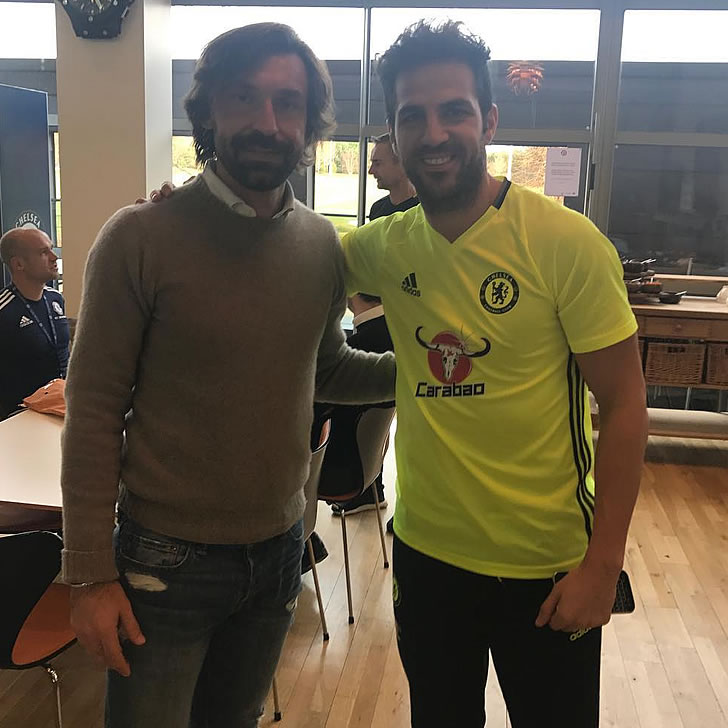 Antonio Conte has appeared to rule out the prospect of Chelsea recruiting Andrea Pirlo as a coach at the end of the 2016-17 season.

The Blues manager has enjoyed a successful first season in the Premier League as the west London side close in on a first title under their new manager.

Conte, who won three Serie A titles with Juventus, is already working alongside former Chelsea and Italian goalkeeper Carlo Cudicini at Stamford Bridge.

Ray Wilkins claimed in an interview with talkSPORT earlier this week that Conte is interested in signing Pirlo as a coaching recruit to replace current No2 Steve Holland.

The World Cup winner is currently under contract with Major League Soccer outfit New York City as the 37-year-old midfielder plays out the final days of his decorated career.

Conte, though, has appeared to rule out the prospect of Chelsea bringing in Pirlo as a coach despite the claims of Wilkins.

“I’m listening to a lot of things,” Conte told his pre-match media conference.

“This is very strange because Andrea Pirlo wants to continue to play, so I don’t know why there are these rumours.

“It’s important to focus on the present. It’s more important than the future.”

Chelsea are sitting at the top of the Premier League table.

Antonio Conte opens up about his future, Chelsea fans will be pleased

What happens if Man United win the Europa League and Leicester win the Champions League?