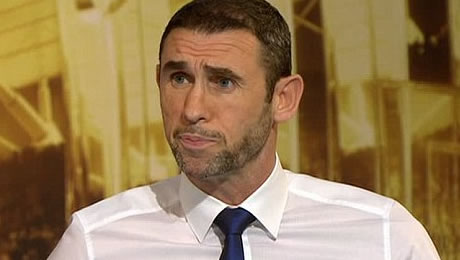 Martin Keown praised Alexis Sanchez for showing the instincts of a goalmouth predator as he scored the winning goal to send Arsenal through to the FA Cup final with a 2-1 victory over Manchester City after extra time.

After a goalless first half at Wembley, Sergio Aguero gave Manchester City the lead in the 62nd minute with a dinked finish over Petr Cech.

However, Nacho Monreal equalised for Arsenal shortly after when he smashed home Alex Oxlade-Chamberlain’s brilliant cross to force the game into extra-time.

Sanchez gave Arsenal the lead when he drilled home from close range in the 101st minute.

And former Gunners defender Keown was impressed with what he saw from Sanchez as he scored Arsenal’s second goal.

Keown told BBC Sport: “It seems every time the ball goes into the box at either end, defences fail to deal with it.

“Sanchez is just too quick for Kompany there. You look at Arsene Wenger’s record in this competition – it’s clear he’s not letting go of this easily.”

The win sets up a final meeting with Chelsea next month after the Blues were 4-2 winners over Tottenham Hotspur at Wembley on Saturday.

Arsenal take on Leicester City in the Premier League at The Emirates on Wednesday night.

Gary Neville: I have to mention this Man United star’s performance in 2-0 win